Bedroom Wall Panelling Ideas: 5 Ways To Do It

Bedroom wall panelling is one of the best ways to add character, definition and intrigue to a space. The best bit? It’s well suited to properties of all distinctions due to the amount of different ways you can choose to panel a wall.

It has quickly become one of my favourite ways to transform a space, it’s relatively affordable and easy to do too. You can even buy DIY panelling kits with already cut to size wood and full instructions on how to do it.

I’d go as far as saying I’d probably tongue and groove every single room if I had my way. I love it!

Here are 5 bedroom wall panelling ideas that can be used on new build, modern, period properties and everything in between.

Shiplap panelling is a very classic and timeless look. It’s different to tongue and groove as shiplap just needs to be overlapped and doesn’t have to fit perfectly. As long as each piece is level once being fitted, both shiplap and tongue and groove can look incredibly effective.

We opted for shiplap panelling in our main bedroom and I just love how it instantly adds something to the walls. I’m not a huge prints person as I find they can clutter the space, whereas with a set of wall lights on either side, the brass contrasts beautifully with the colour we chose for the walls.

The best way to fit this type of panelling is on 2×1 battens which are installed against the wall horizontally, spaced every 60cm.

How you secure the battens to the wall will depend on what the substrate is. If it’s wood or joist, you can screw straight to it, if it’s brick then you would need to plug it first and then fix into it.

The panelling can then be secured on top of the frame. This is imperative because wood contracts A LOT during heat which means constant repainting cracks that appear and new caulking which is an unbelievable pain in the ass.

Wall panelling has been around since the 13th century and was a huge part of period design in the Georgian era.

Georgian property or not, many people want to recreate that luxurious and gravitas factor that Georgian inspired wall panelling can bring.

A number of bedroom wall panelling ideas would have been seen during the Georgian era, but this below style which features a rectangle and a small square beneath it was a very popular style during this time.

This wall panelling brings class and luxury to a bedroom, without you having to do much else. It’s also perhaps the easiest panelling DIY of the bunch that there is.

Or, fake it until you make it. Can you believe the photo below is actually wallpaper that looks like panelling? An even more affordable way to bring this to life in your bedroom. Plus, you can easily switch it up when you fancy a change.

Tongue and groove panelling in a bedroom can be fitted to the ceiling, or fit it to a halfway point and finish the top with a moulding to create serious character on your bed wall. You could even add a shelf or some hooks to the moulding on top.

This was another style that dates back to Georgian times and was heavily used in properties during this time in bedrooms, hallways and bathrooms (as beautifully styled below).

I LOVE this style on a master bedroom wall, it’s sophisticated, luxurious and it looks great with a grand looking bed.

It’s also a great panelling choice for farmhouse, rustic and minimal style home decor schemes. You can choose to add prints or wall hangings to finish it off too.

Another alternative for a Scandi, contemporary or modern styled home is slat wood wall panels. This type of bedroom panelling adds serious definition to a room as a feature wall behind a bed.

These pre-made slats by Naturewall are Scandi-style wood wall slats which come in a range of real wood veneer finishes that come ready to install.

They look most effective when fitted floor to ceiling, but I have seen cases of panelling only half a wall which still adds interest and character to a room.

How To Decide On The Type Of Wall Panelling For A Bedroom?

There are even more types of wall panelling ideas that aren’t so commonly used in bedrooms. There is a lot of speculation around the ‘will it’ ‘won’t’ panelling go out of fashion.

Tongue and groove panelling has definitely seen a revival over the last couple of years, but it has been used in homes since the 13th century.

When trying to decide what the best bedroom wall panelling ideas are for you, firstly think about the period of the property. A Georgian or Victorian property will be well suited to the more period styled panelling ideas, whilst a contemporary home won’t.

After you consider the age of the property, the main thing you need to think about is do you like it? Is it a trend you keep seeing everyone on Instagram have so want it too?

You’re going to be looking at it everyday so make sure it’s a wall panelling choice that you genuinely love and you can’t go far wrong.

Wall panelling a bedroom is my favourite way to bring character and depth to a room, and one of the best ways to add some uniqueness to a new build property.

It can be an affordable way to update your interiors, adding a touch of class, and personality to a bedroom. Which bedroom wall panelling ideas are your favourite?

I'm Nicole, a millennial marketer by trade, rampant interior enthusiast by night. A UK interiors blogger focusing on interior trends, DIY tutorials, and snippets from my own home.
Contact: hello@sleek-chic.co.uk 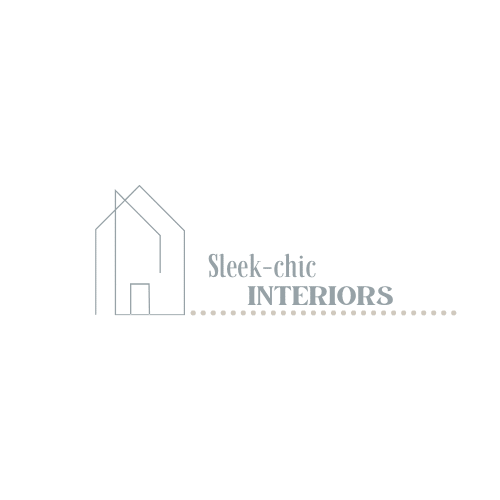