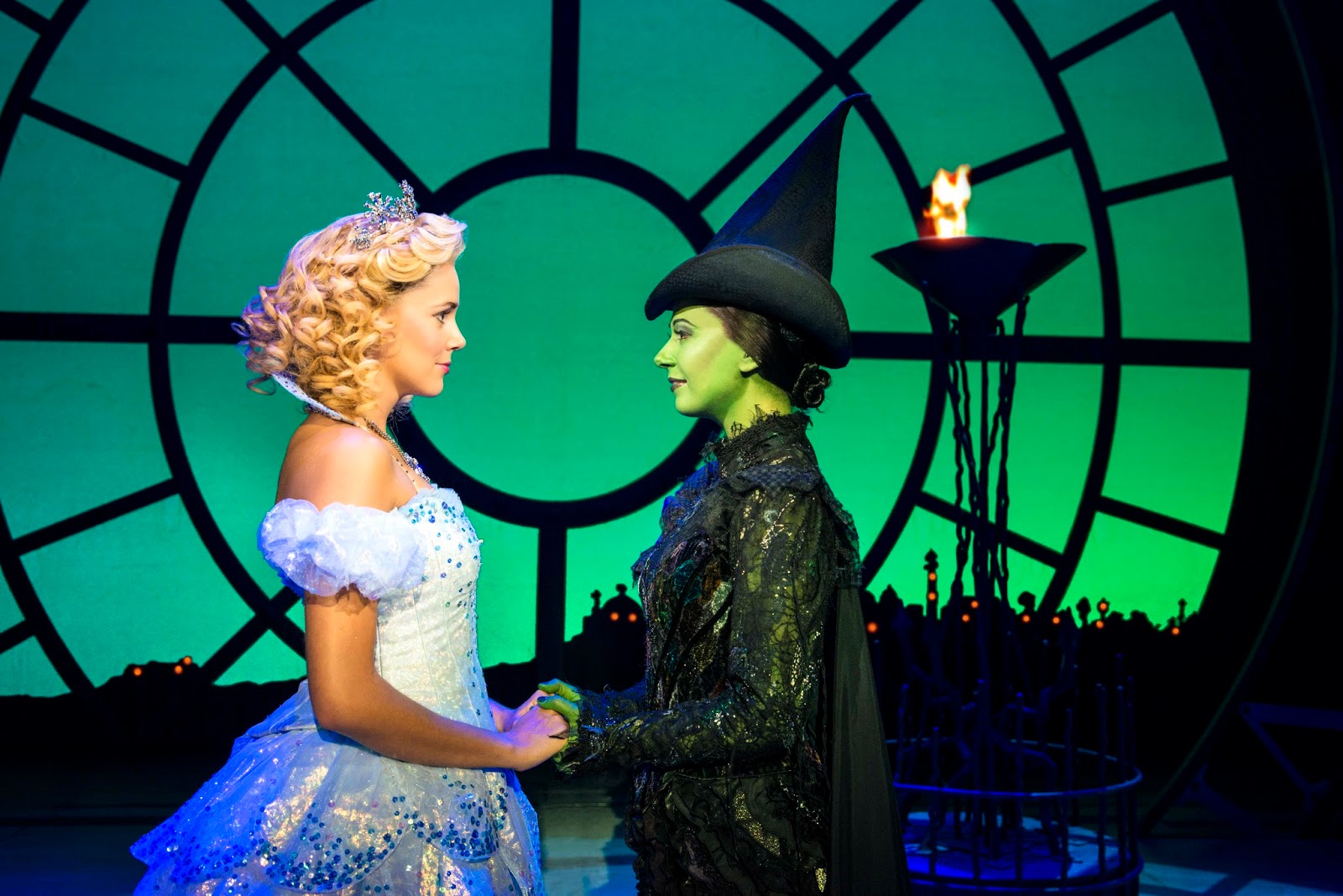 ‘Are people born wicked or do they have wickedness thrust upon them..?

Wicked is the show to beat all shows, I am an avid Theatre fan and have been lucky enough to watch many shows in London and in the Theatre Royal Plymouth over the years. So it’s a big statement for me to make, but Wicked goes above and beyond and offers an electrifying performance to make all other shows go green with envy!

It is one of the shows that I have been wanting to see since it began in London but had not had the opportunity to see it before. I was shocked when I found out that the international award winning show was heading down to Plymouth (nothing ever comes to Plymouth!) as part of the Wicked UK tour. After speaking with quite a few people over on twitter it seems that a lot of people are already familiar with it or have had the chance to watch Wicked already, and I had only heard good things about the show! Wicked originally started out in Broadway and a few years later arrived to the West End where it has been for a number of years. Wicked has become a world wide phenomenon and sees people from all over the world flocking to watch it. 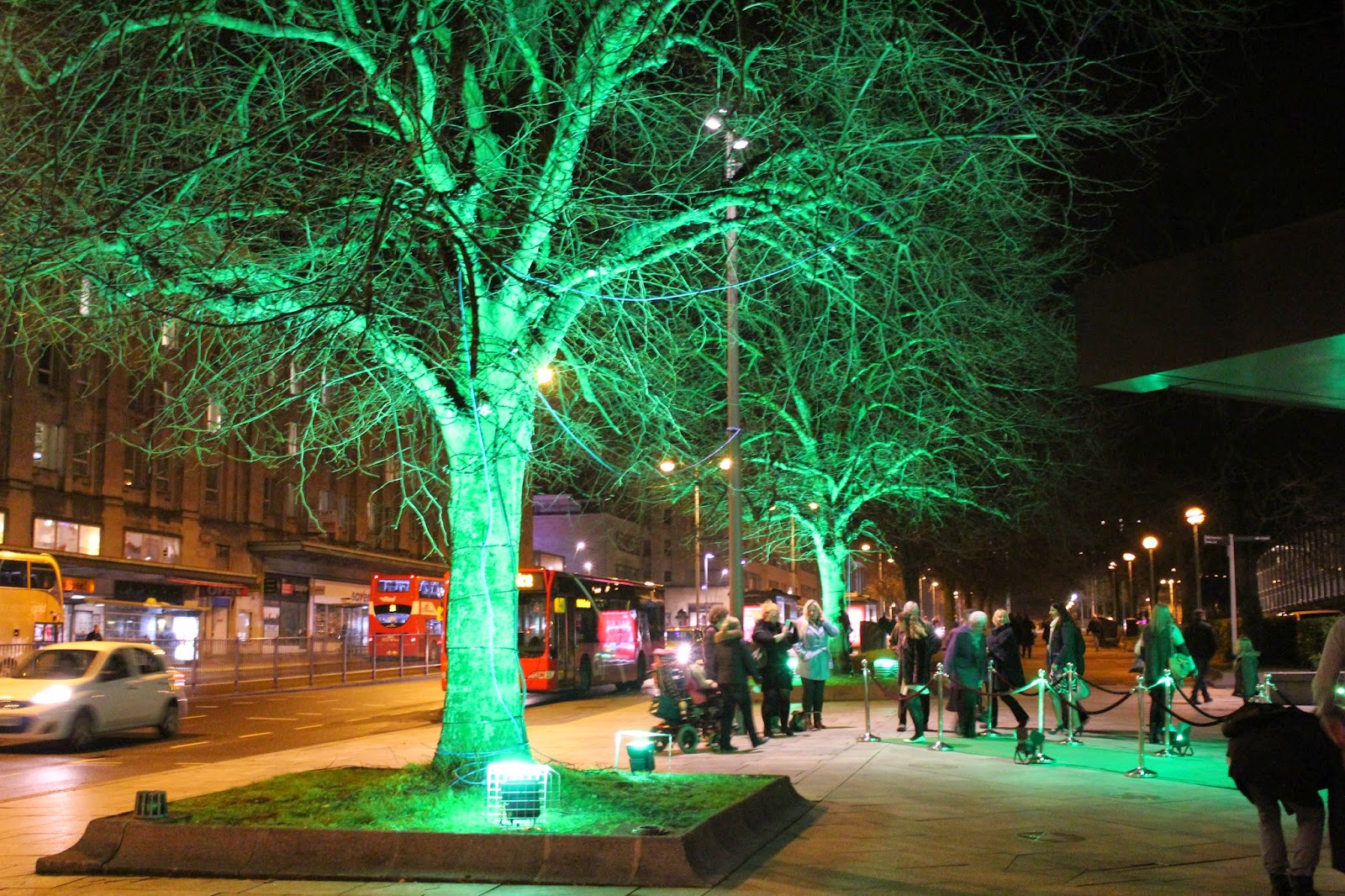 Wicked The Musical arrived to Plymouth on the 20th January and is here to stay until February 14th which is a nice long time for a touring show. I was lucky enough to attend Wednesdays performance and upon arrival at the Theatre Royal Plymouth I knew we were in for a ‘wicked’ evening. The entrance to the Theatre was illuminated with green lighting and which invited us onto the green carpet, I felt like this was a great touch to the whole experience and really set everyone up for the show ahead. 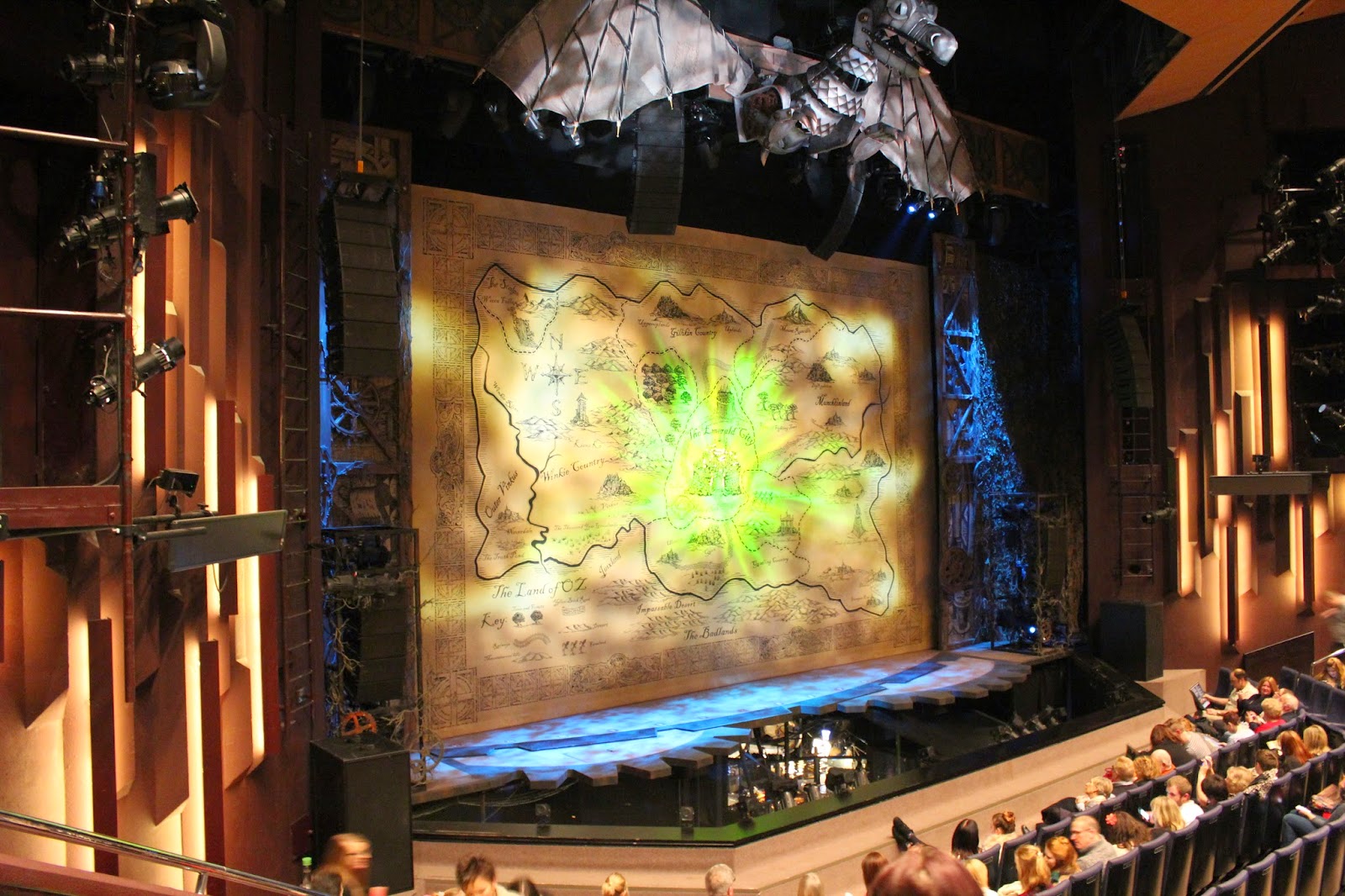 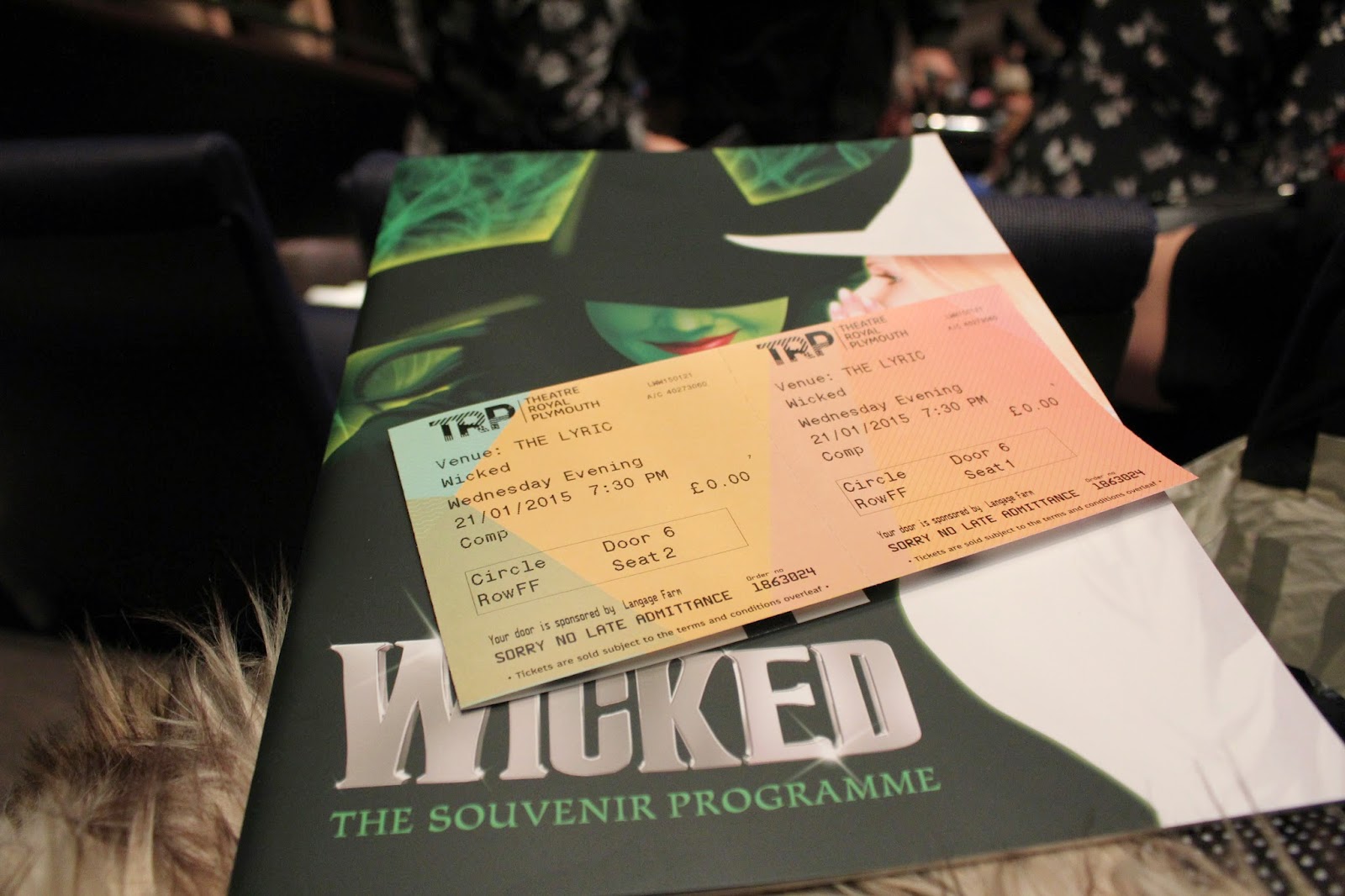 Wicked follows on from the story of The Wizard of Oz and contains elements of it throughout the show. In short it picks up from where the story ended and goes on to tell the story from Elphabas (the wicked witch) side of things as told by Glinda, who are the two main characters and where the tale starts off with the two of them meeting at Sorcery school. As a heads up the following does contain a few spoilers about the plot of the show!

It nails the stereotypical American high school cliche and singles out Elphaba as the outcast because of her sickeningly green appearance and as the girl who has no friends, as opposed to Glinda, the posh and popular girl at school who everyone wants to know. As the story progresses it shows how their initial unlikely pairing blossoms into a perfect relationship, and which in turn unfolds into the darker side of life in Oz when Elphaba realises her true powers which leads them on an adventure to the Emerald City in search of the wizard. The wizard misuses Elphabas power to his benefit and  which leads her down a dark spiralling turn of events which makes her out to indeed be the Wicked Witch of the West. 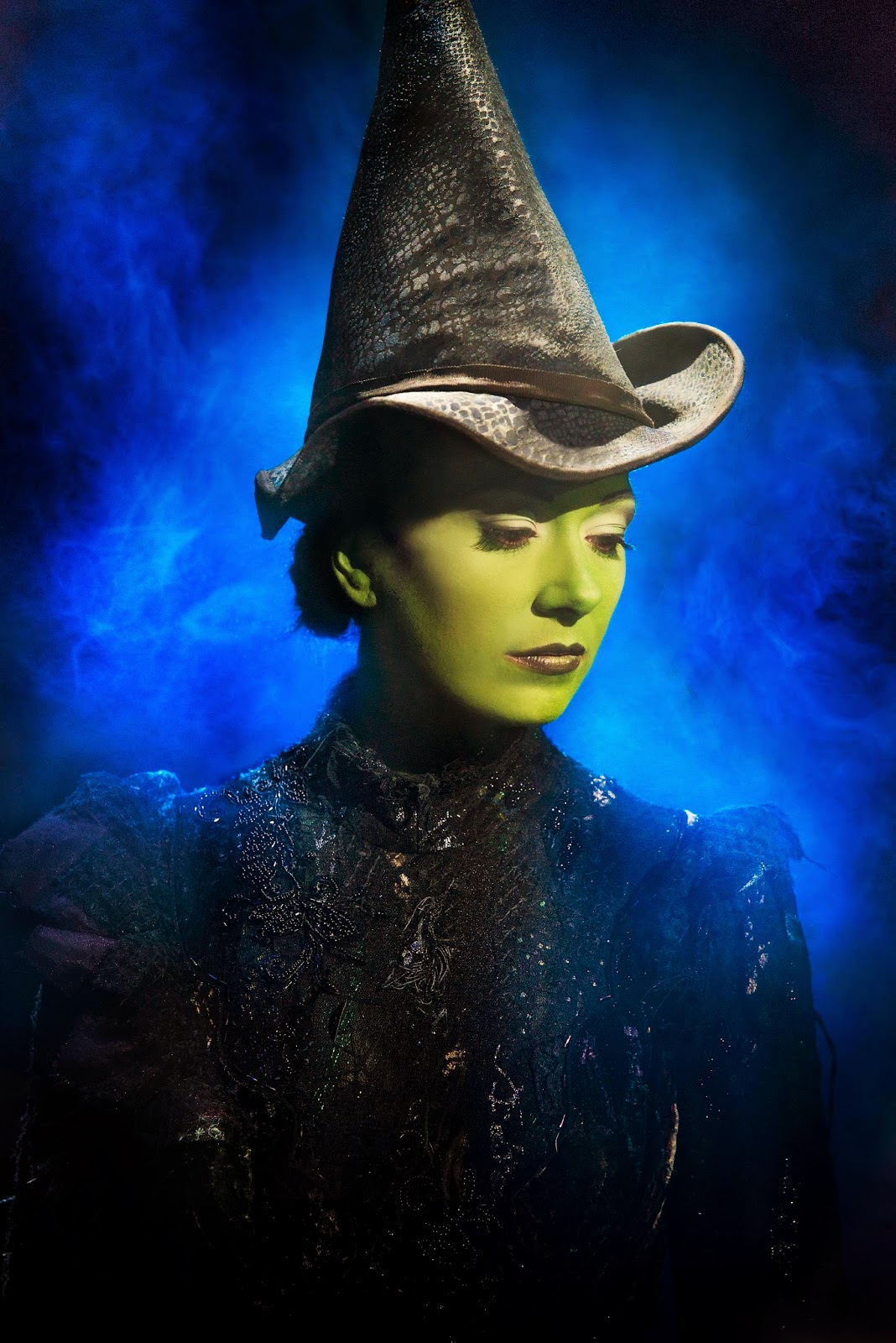 We are initially led to believe that Elphaba might be as wicked as she is made out but as the story unfolds we get to see the true picture of what actually happened and how the both girls help each other in the end to get justice.

The whole show had me hooked from the opening scene and the acting, costumes and scenery were second to none and I really cannot find any faults with the whole show.. It had me spellbound from the word go! 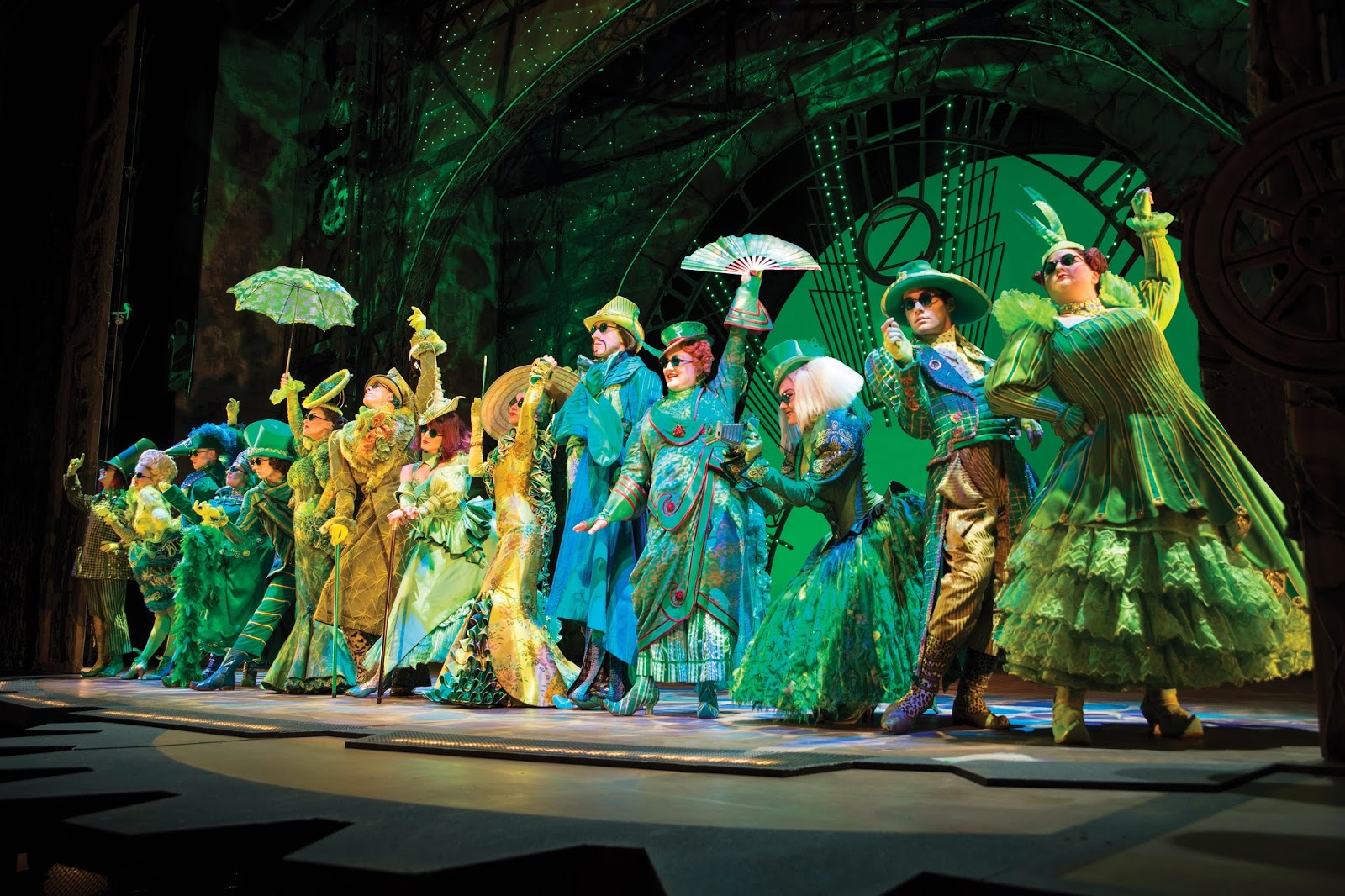 If you do live in Plymouth I would strongly recommend you all to visit the show even if you’ve seen it before (I know I want to go again!), it’s here until February 14th and you will be sorry to miss out on this show stopper – you can buy your tickets here! Wicked is currently touring round the UK so it might be coming to a city near you soon, you can find that out here. If you want to see a little taster of the show check out the official Wicked trailer below…

Have you seen Wicked before? What are your thoughts on the show?