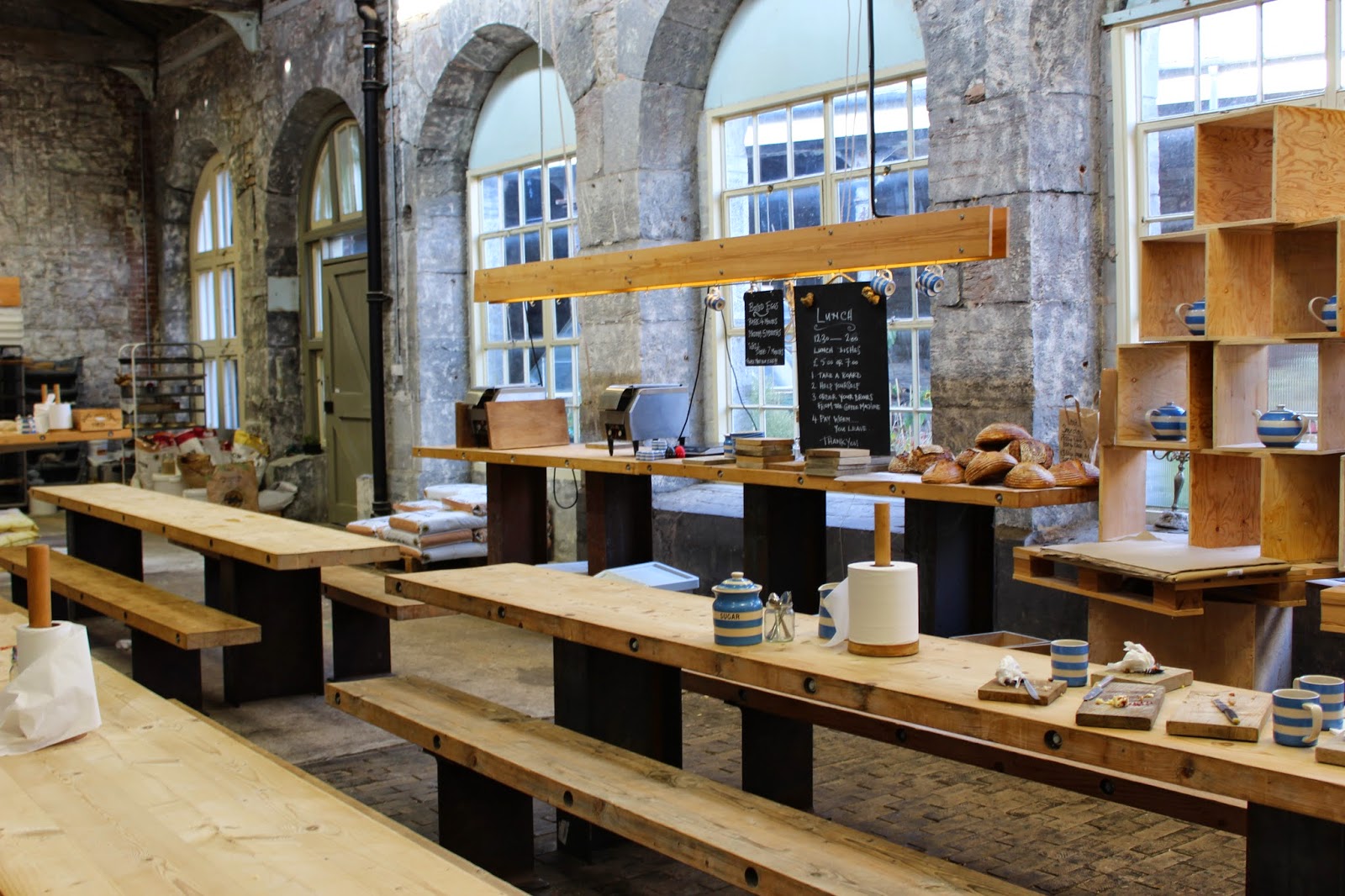 Last week after one afternoon at work my family and I headed down to a place in Plymouth called The Royal William Bakery which hence the name is situated in a gorgeous location by the sea in Plymouth called the The Royal William Yard. I have frequently visited many of the other food places there but The bakery was one I had yet to visit. My mum and I had a pact that when I got a job she would take me. Its the quirkiest place I’ve ever visited and it’s quite similar to the Jam Jar cafe which I mentioned in my Newquay post and I had to share this little gem with you! Cue cake slices the size of your head…. 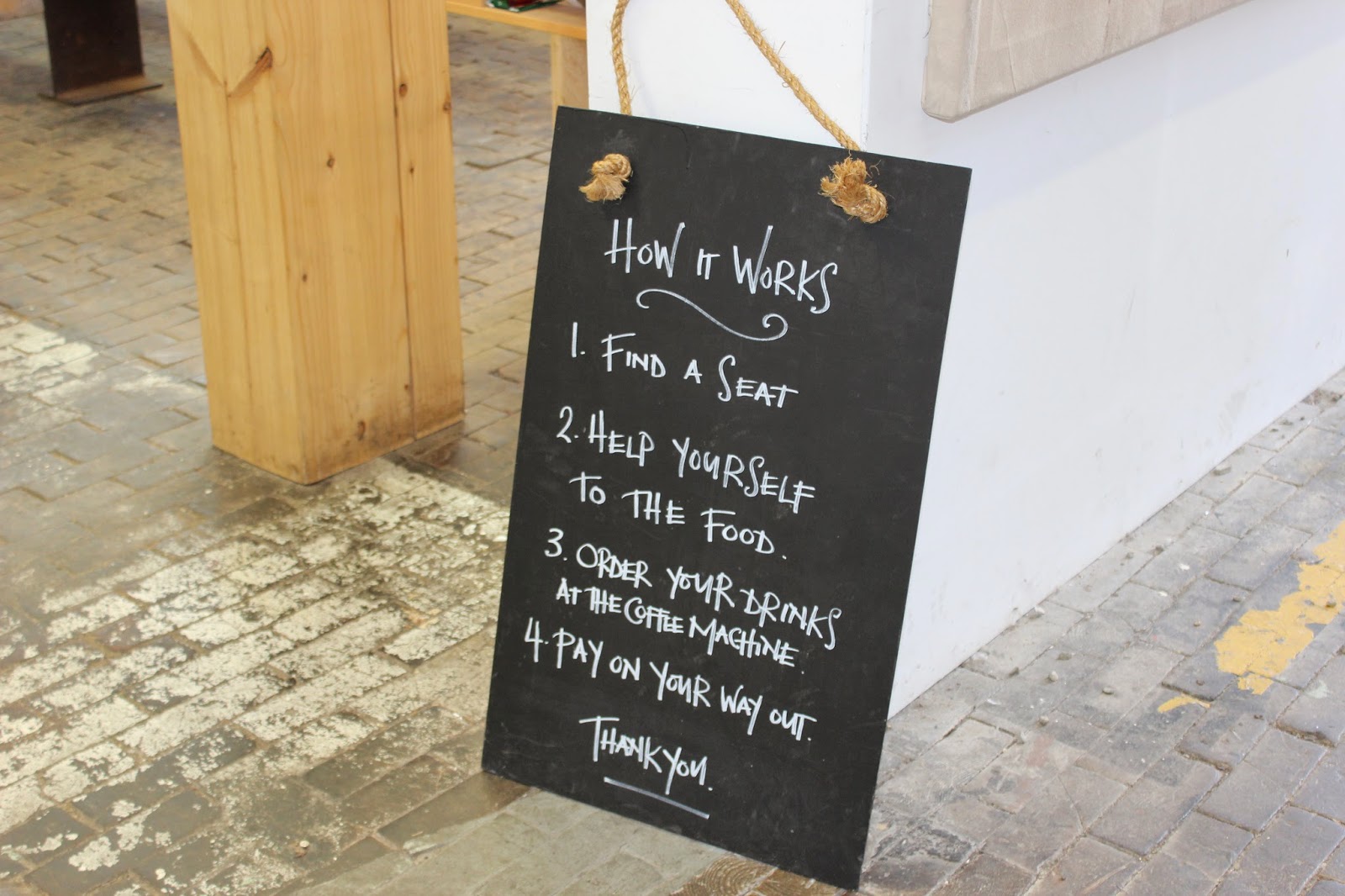 Exactly as it says on the sign! I’m not sure if i’m so keen on the whole concept as even though it’s laid out in black in white it’s just awkward knowing what to do if you’ve not visited before. 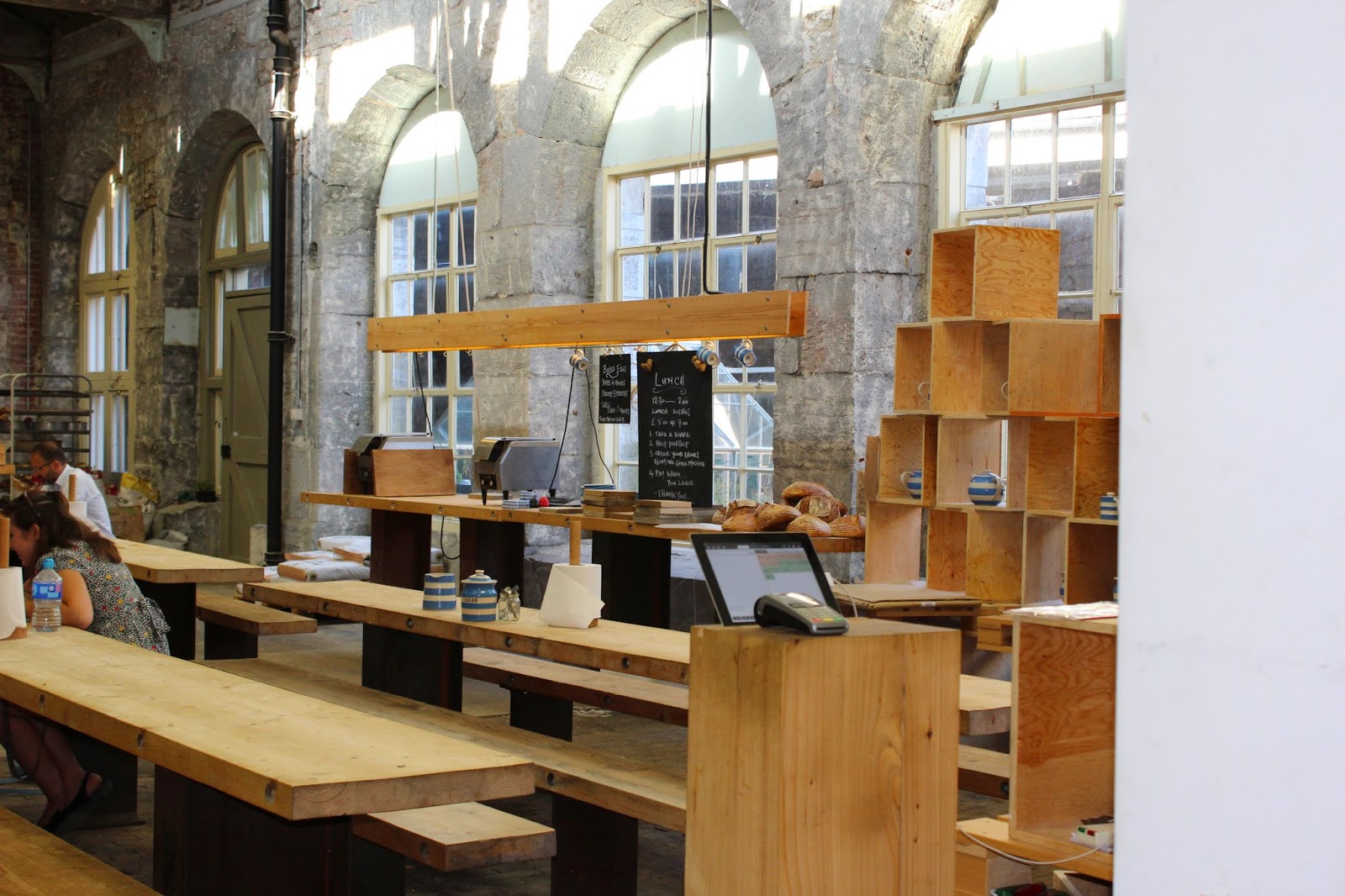 The old school benches laid out makes a real difference to your every day cafe and the whole place has a really rustic feel to it. 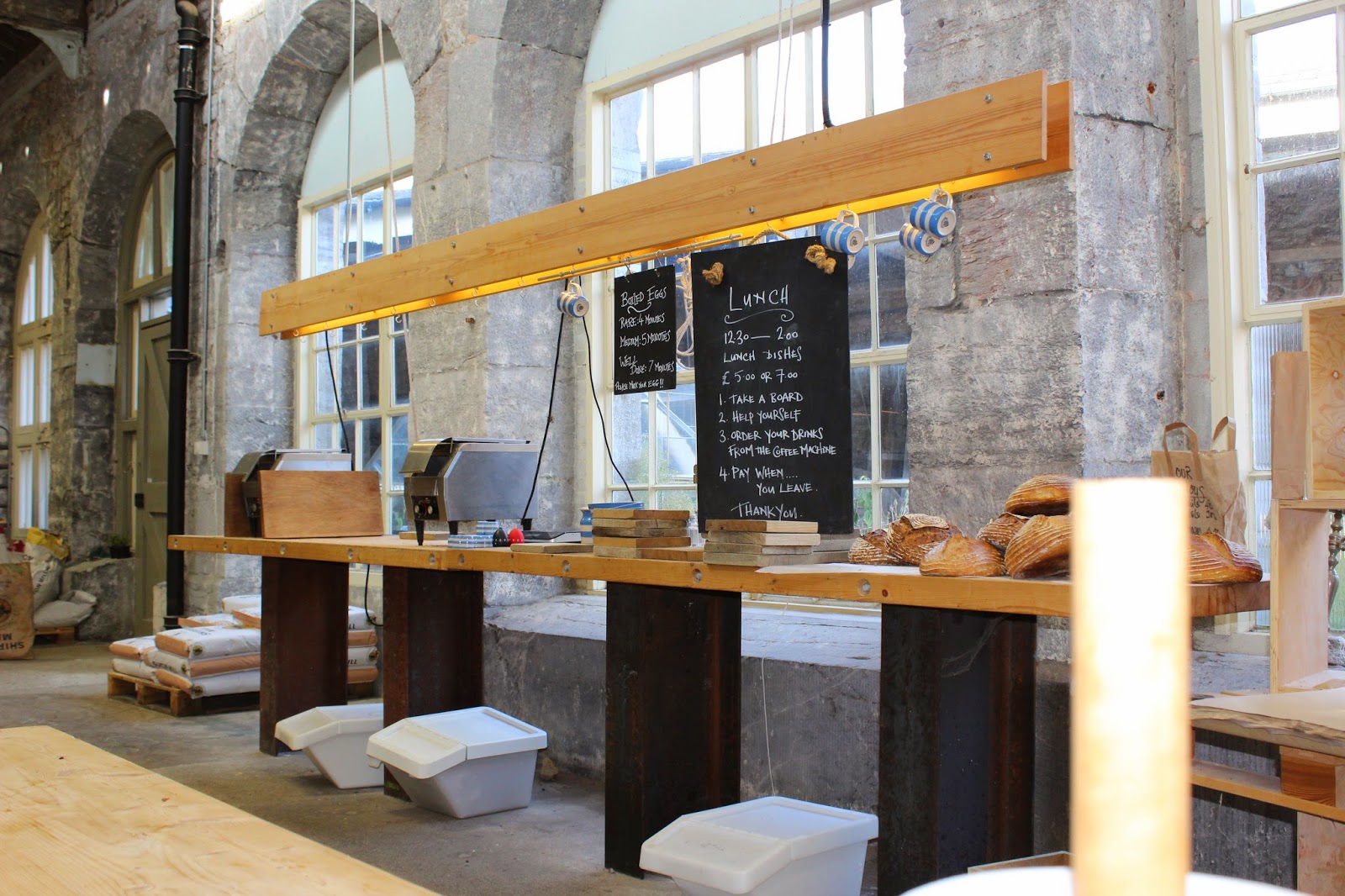 Once we found a table it was time to pick a cake! 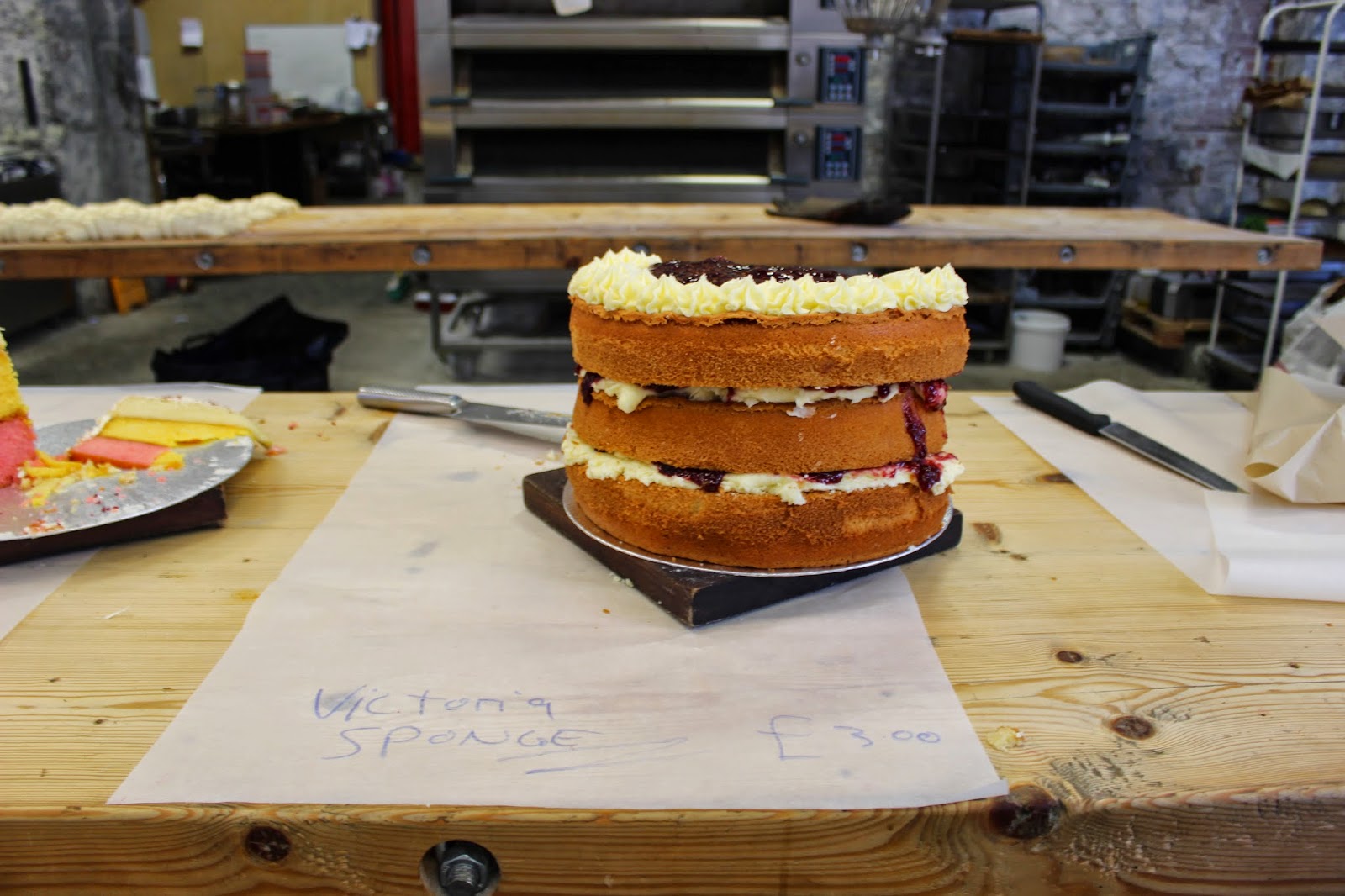 Biggest victoria sponge cake I ever did lay eyes on… and only £3 for a HUGE slice! 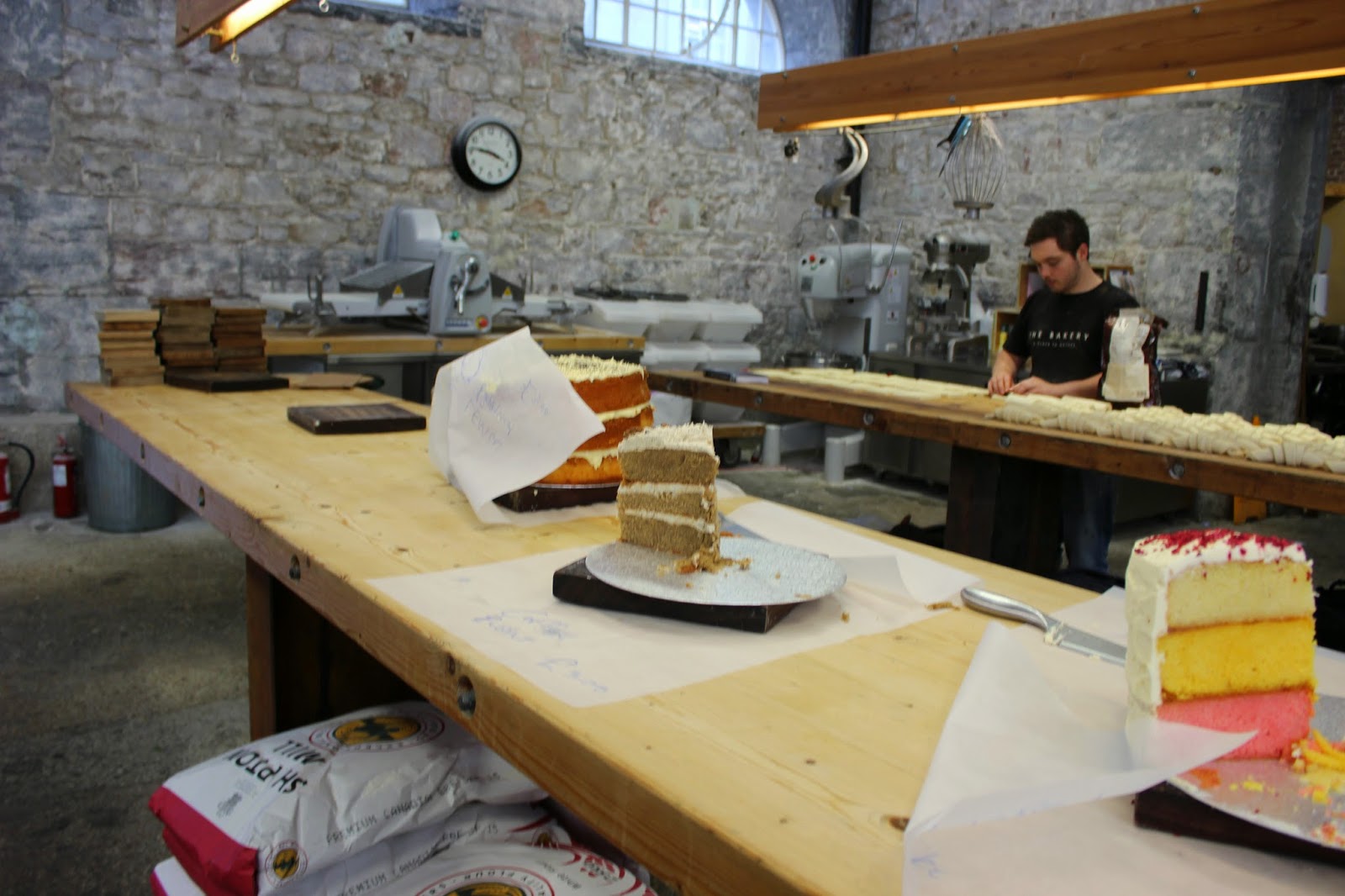 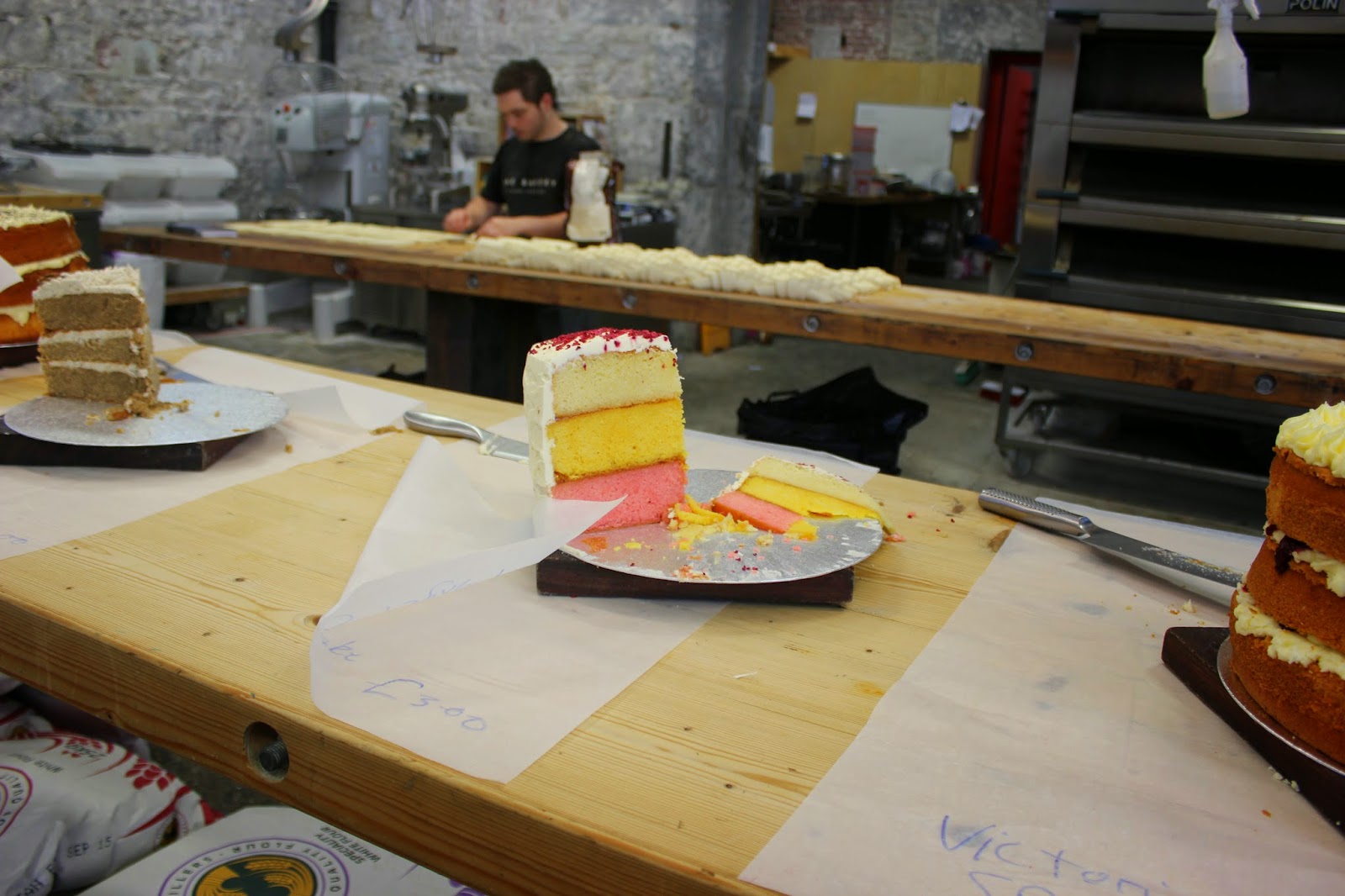 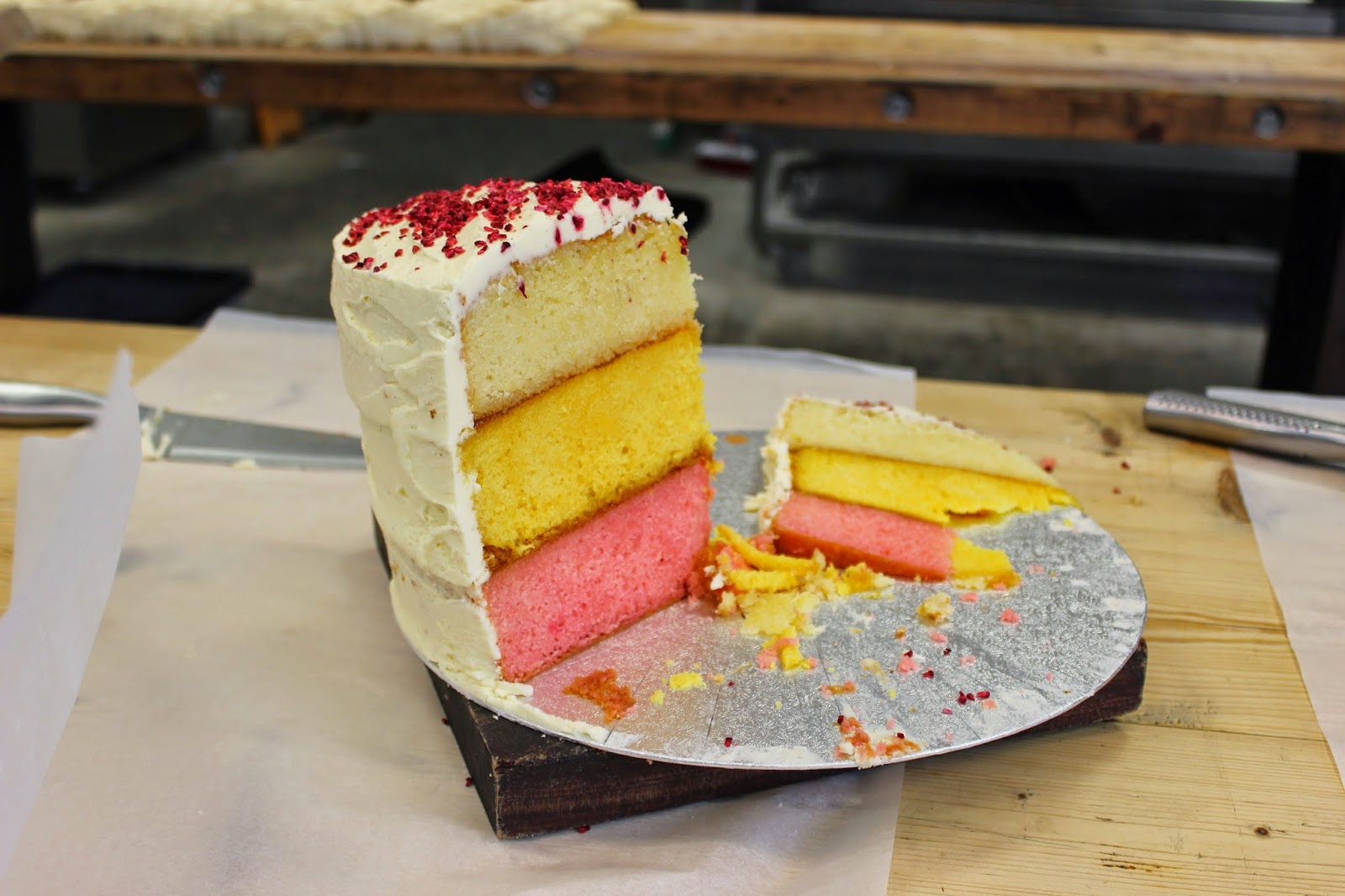 I had seen pictures of the bakery’s cakes before but I didn’t realise the sheer size, I definitely said to myself before I went in that I was going to have a slice to myself too. So that didn’t happen… 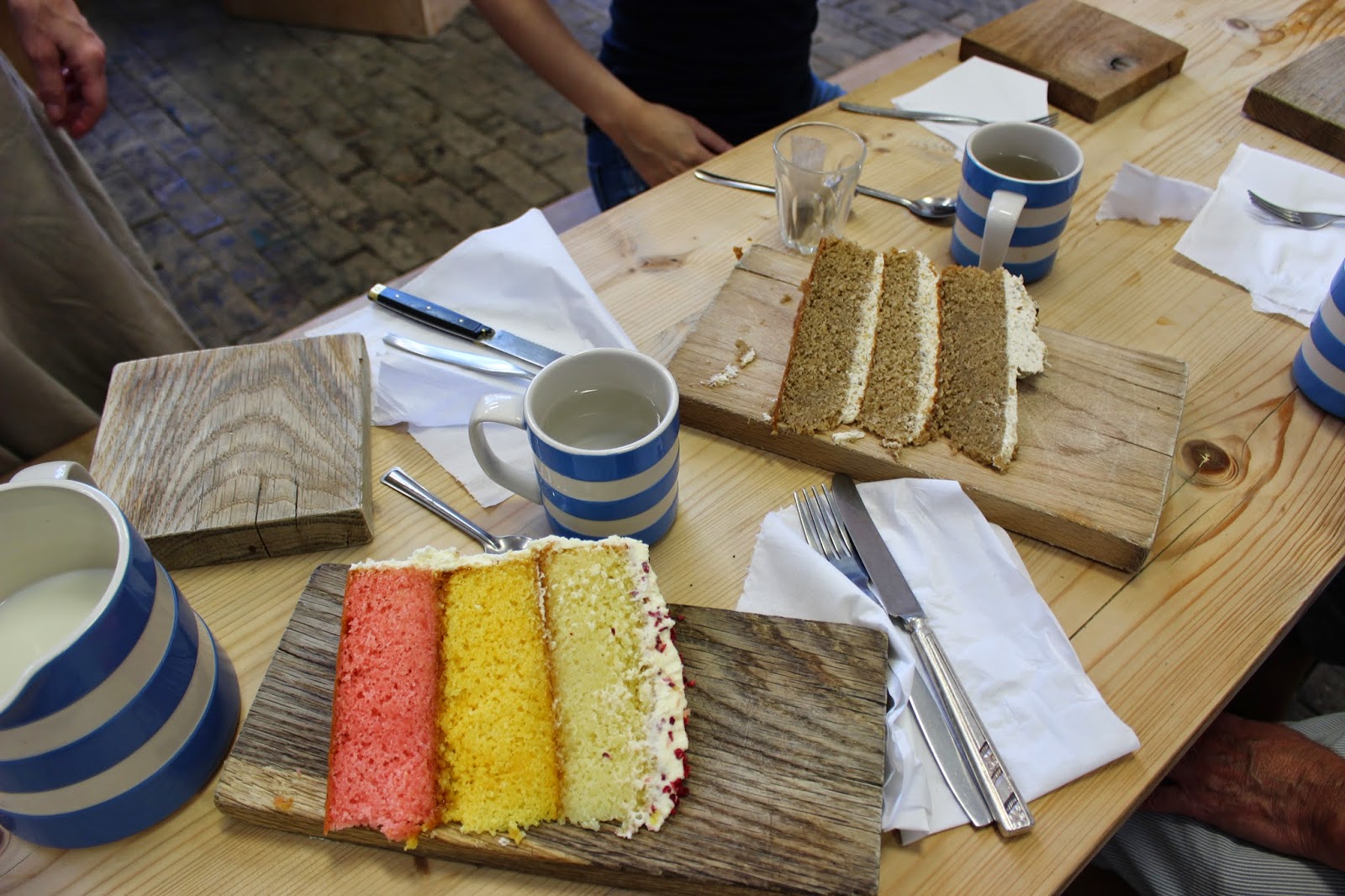 Sharing two slices between four of us was definitely the right idea, my stomach would have probably exploded if I had one whole slice! We picked angel cake and coffee and walnut cake mmm. We also got some tea to go with it, served in shabby chic Cornish ware. 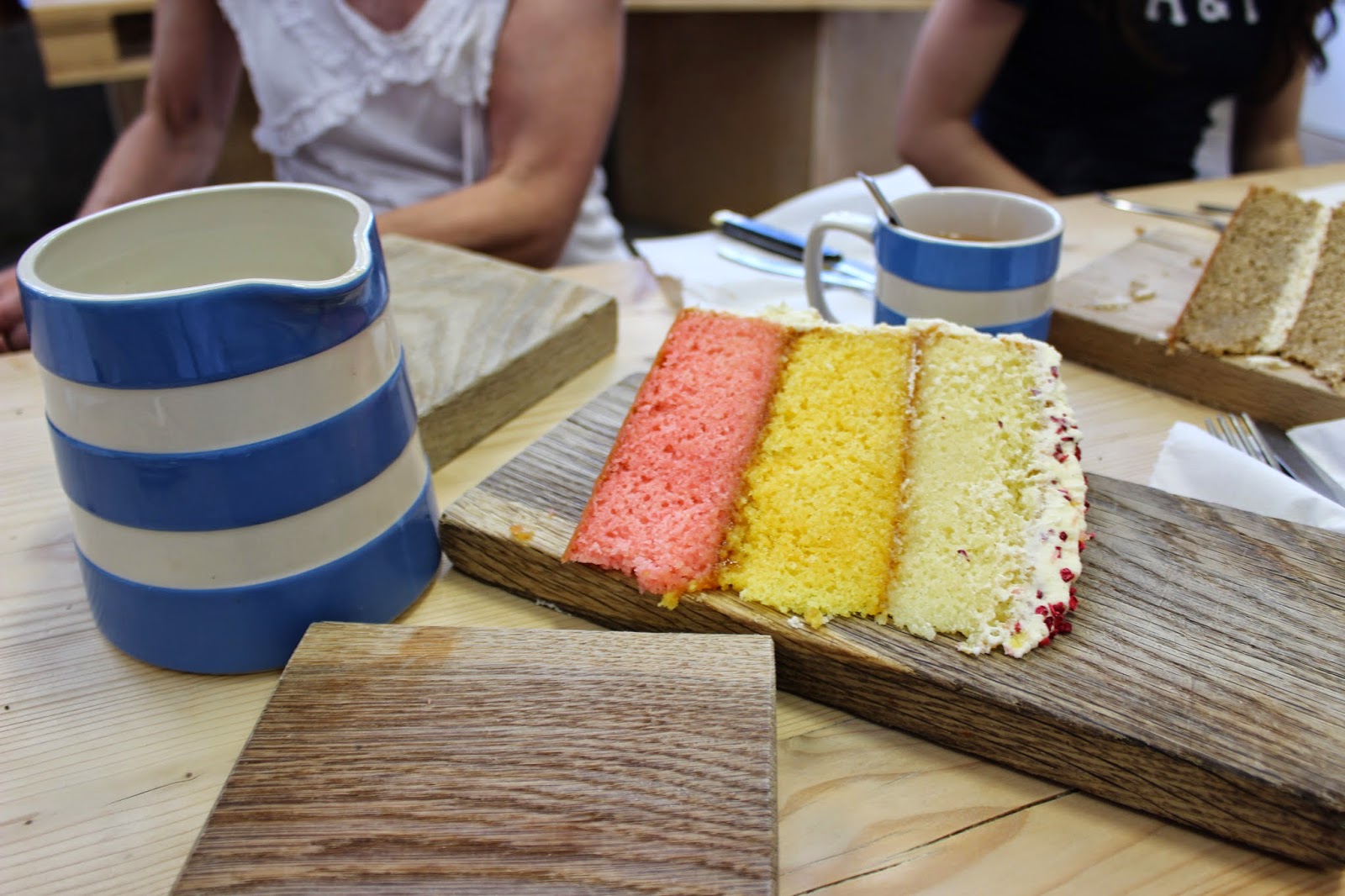 The angel cake or as I like to call it battenburg was delicious! The frosting was so sweet and very filling! 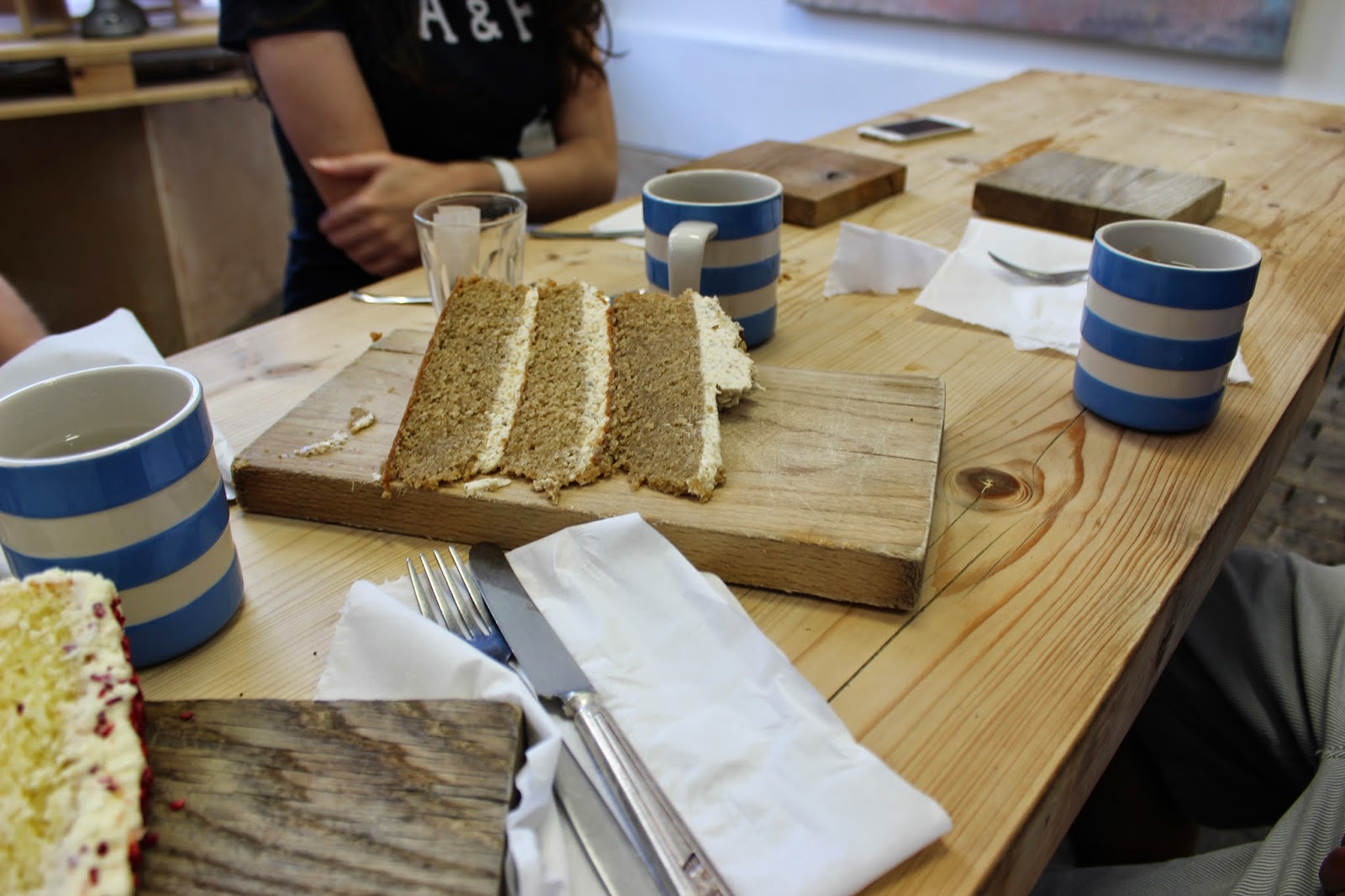 It really was hard to pick out of the two but the coffee and walnut was definitely my favourite! 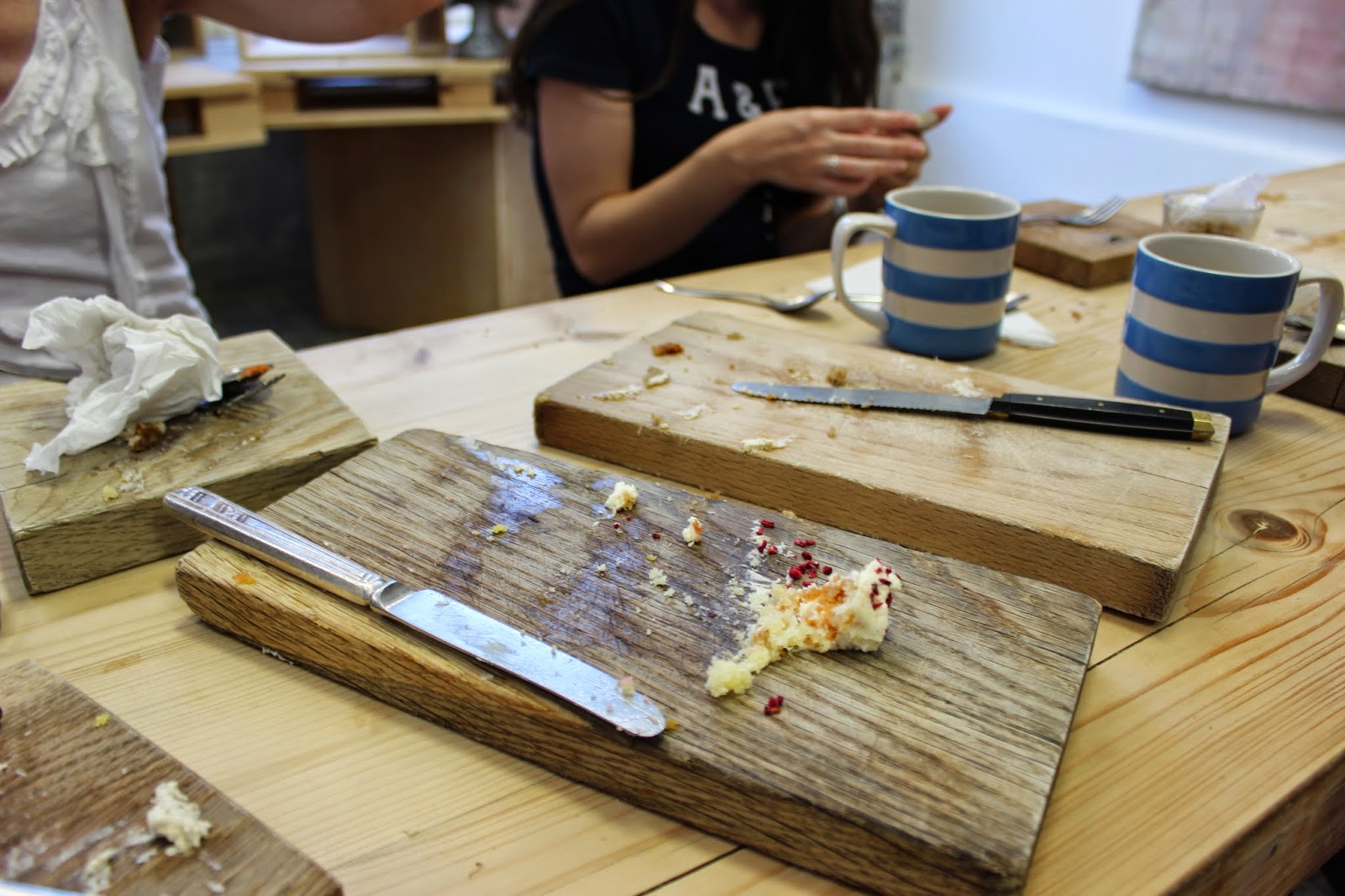 The cake was quickly polished off! 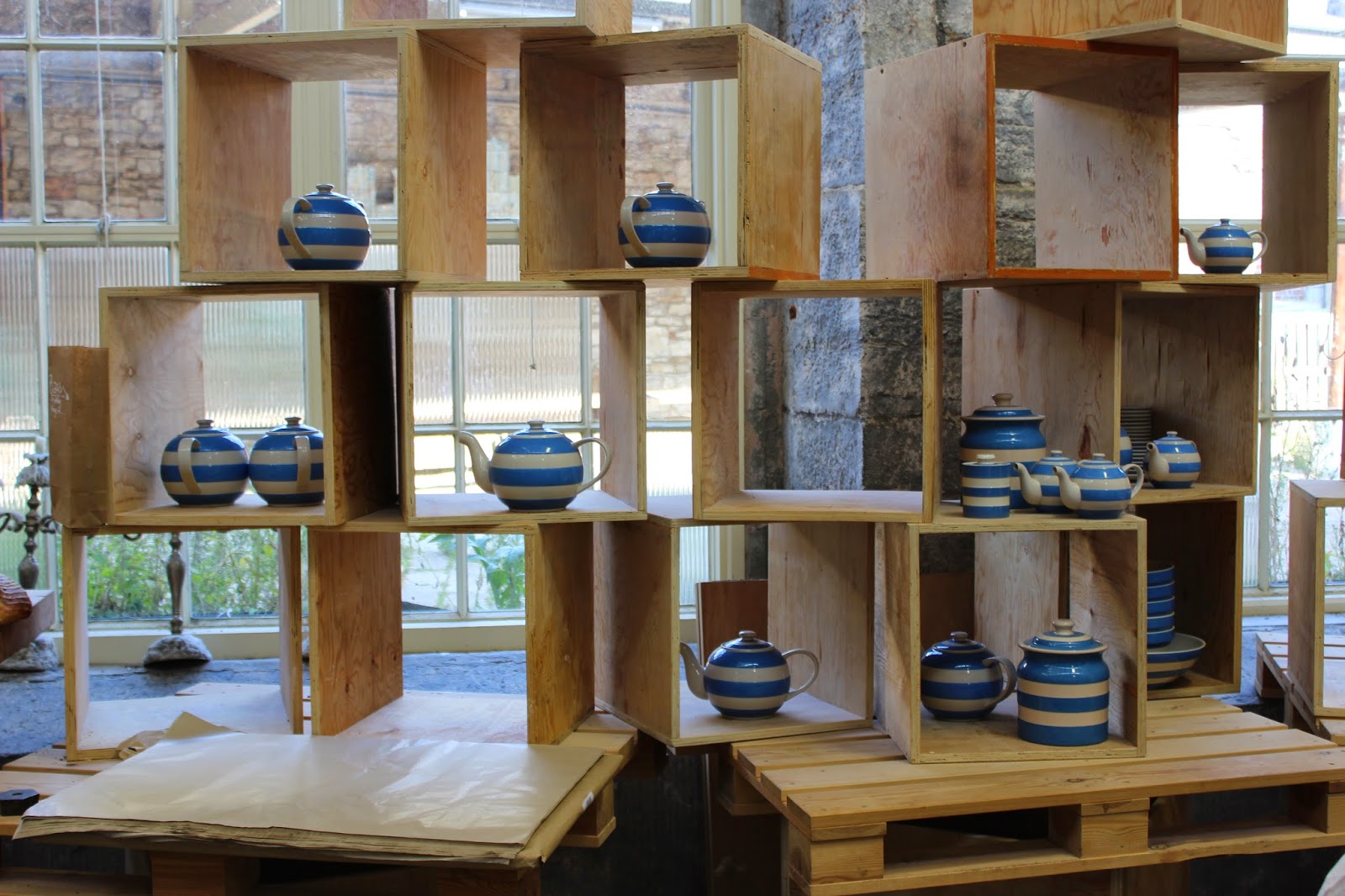 You could also purchase the Cornish ware too which I would definitely consider if I had my own house in the country! I  had a great first visit to the bakery, I think the cake slices are definitely far too big though but the prices are fairly reasonable. I also hoped there would have been more selection but I guess we did visit at the end of the day. I definitely have to return for some breakfast at the bakery which looks even more amazing. Overall It’s a lovely location if you want a good slice of cake and cup of tea!

Do you like the look of the bakery? Have you visited here before? Whats your favourite cafe?