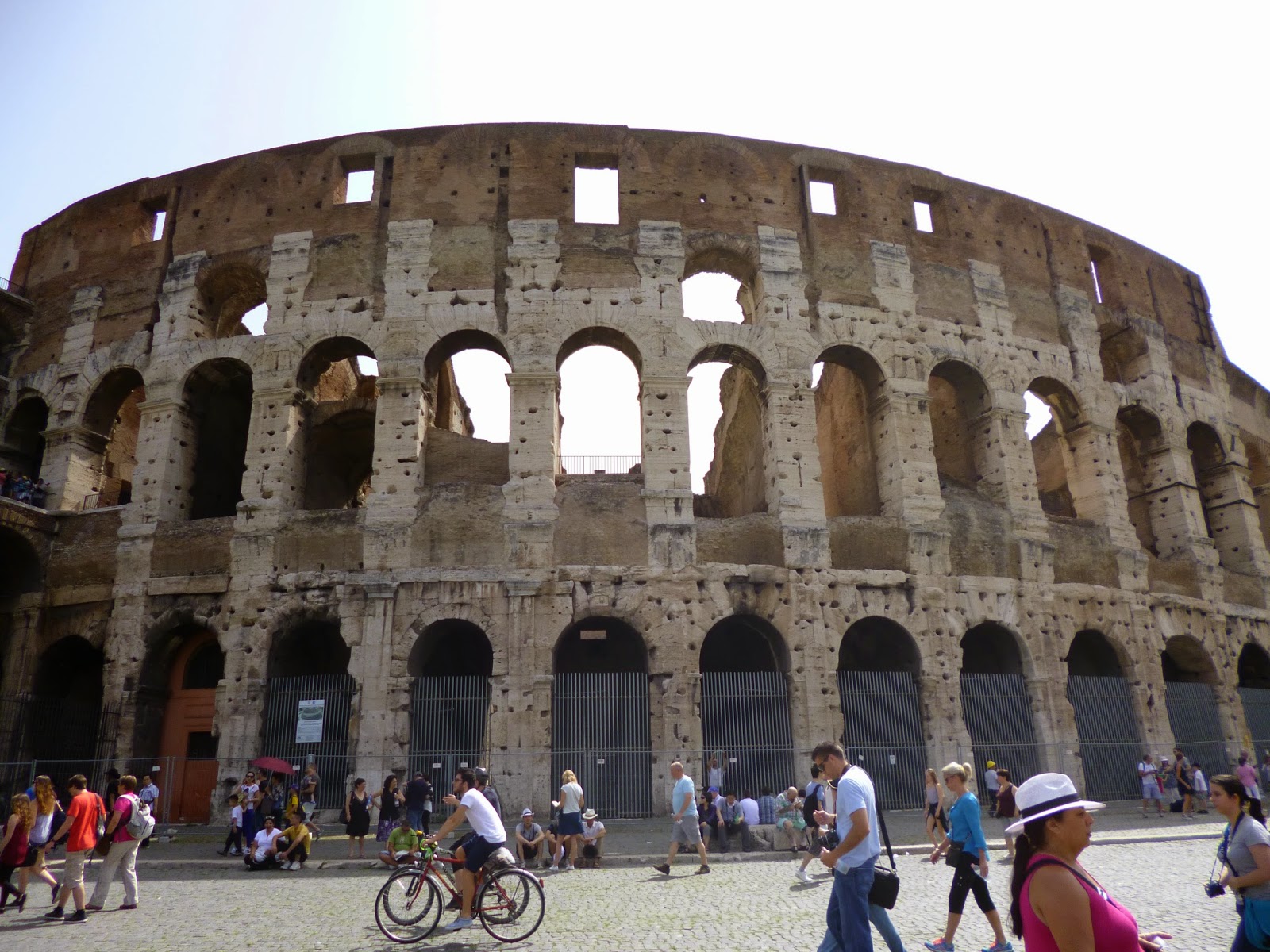 Following on from my first travel post on which was about Mykonos is all about Italy’s beautiful capital, ROME! Rome was where the Celebrity Reflection cruise ship left from so we flew out a day early to allow us plenty of time before the cruise departed and to do as much as we could in Rome for the day. At the end of the cruise we also had a tour bus which was about 6 hours long around the city before we headed back to the airport. We pretty much managed to get everything done we wanted to do except for the Vatican City but I wasn’t too fussed about that anyway. Rome is incredibly hot at this time of the year so if you want to do a lot of sight seeing then one of the colder months is probably best suited for you. Sit back and enjoy your whistle stop tour around Rome! 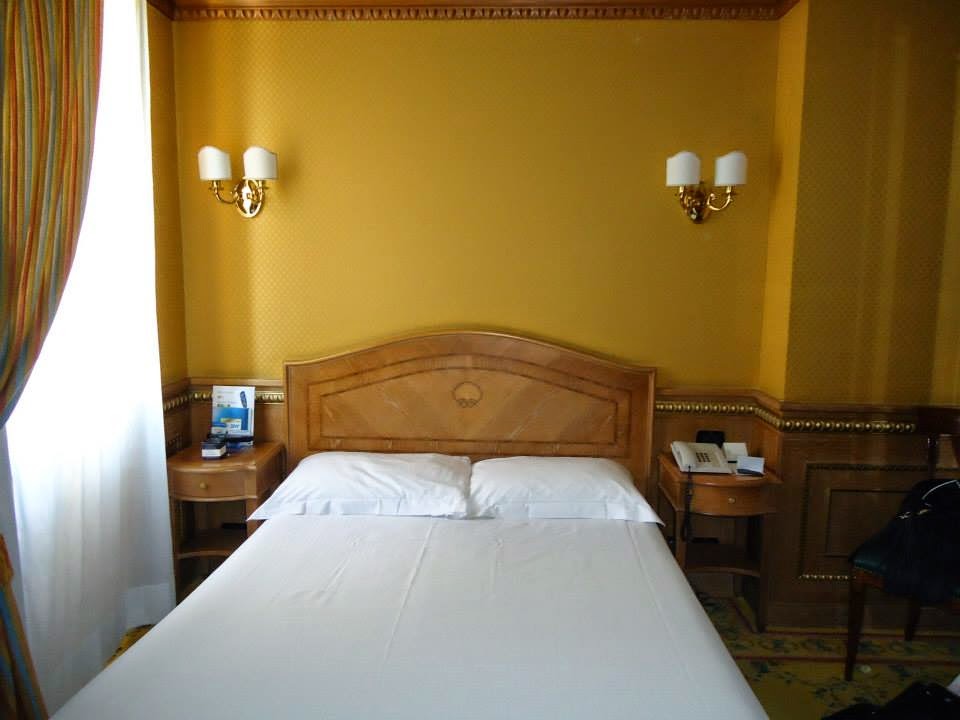 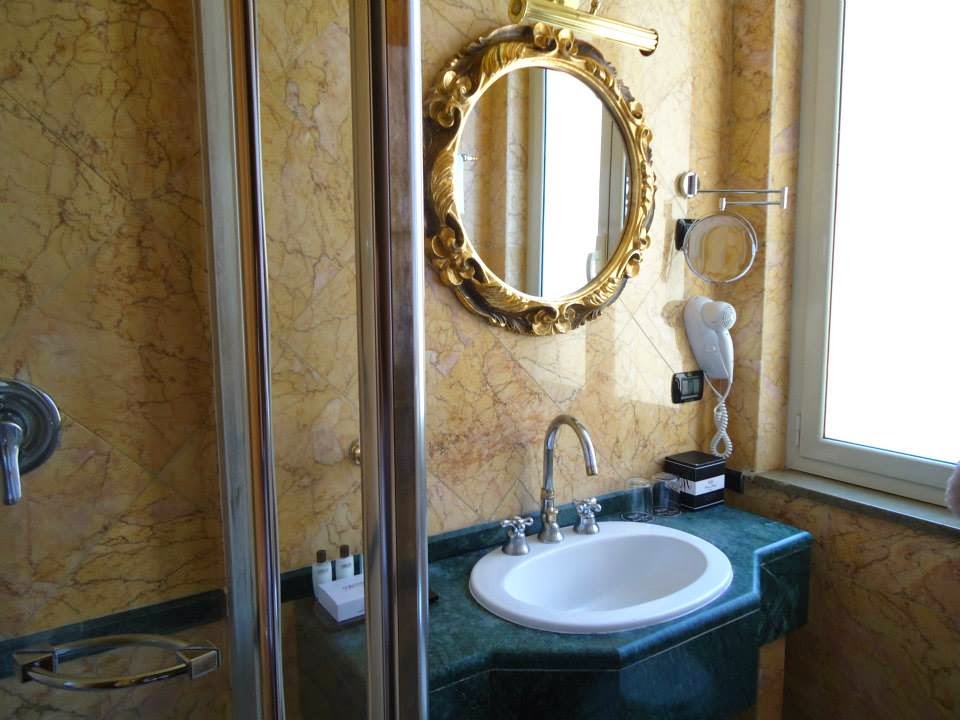 Italian hotels are renowned for being teeny tiny and this did not disappoint. We stayed at the River Palace hotel and which I would strongly recommend. It was basically in the centre and everything was easily in reach of the hotel. Of course the room and bathroom was tiny but that was to be expected. The generosity and kindness of the staff was so thoughtful, mini chocolates and the following days weather were left on our beds after getting back from an evening meal and the breakfast the following day was so sweet and there was pretty much everything you could ever want to eat for breakfast! 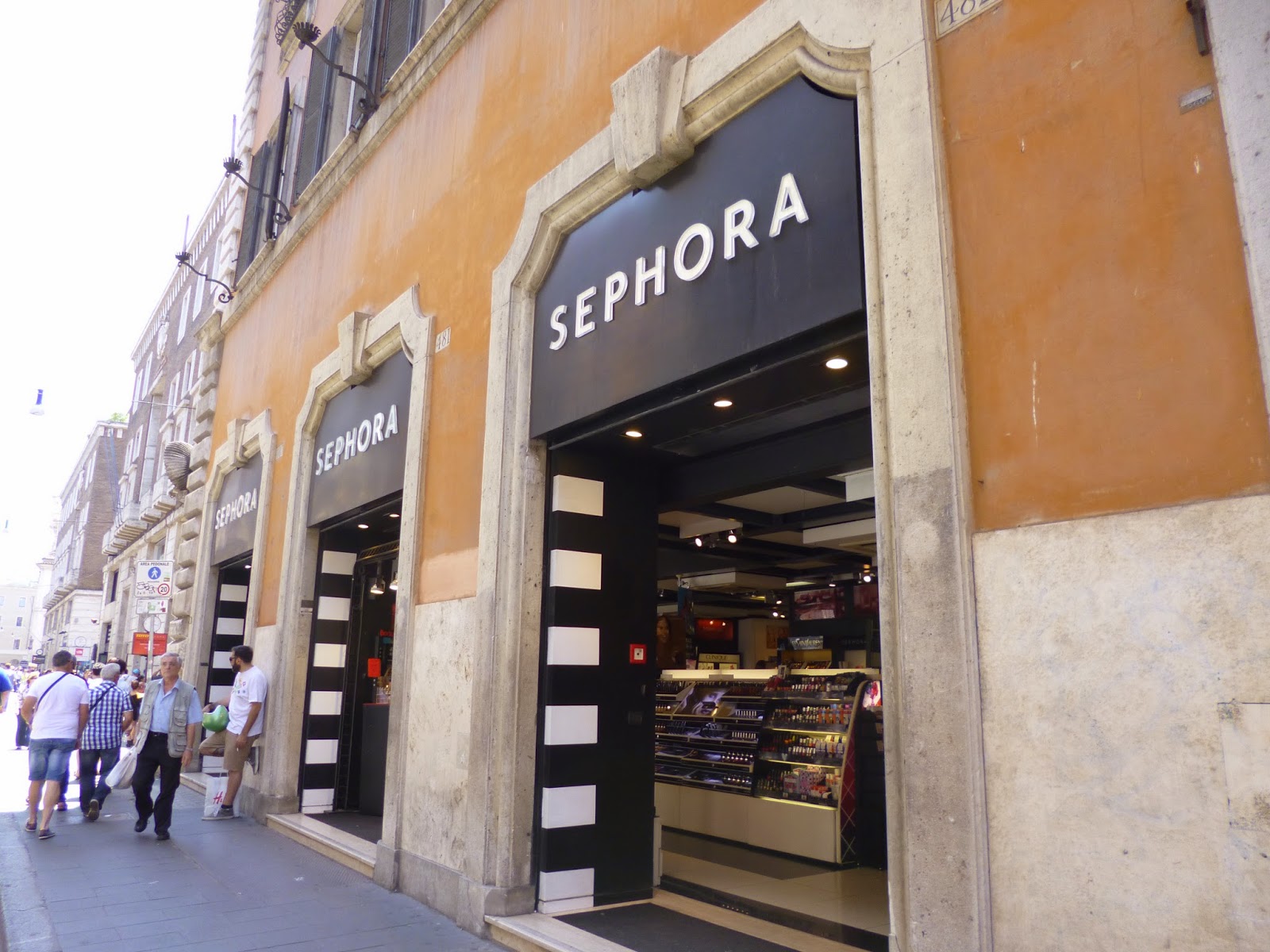 I had to throw this one in for all you beauty lovers! For years I thought that only Sephora existed in America, how wrong could i be! You really arent bagging yourself a bargain at prices on the euro exchange rate though. 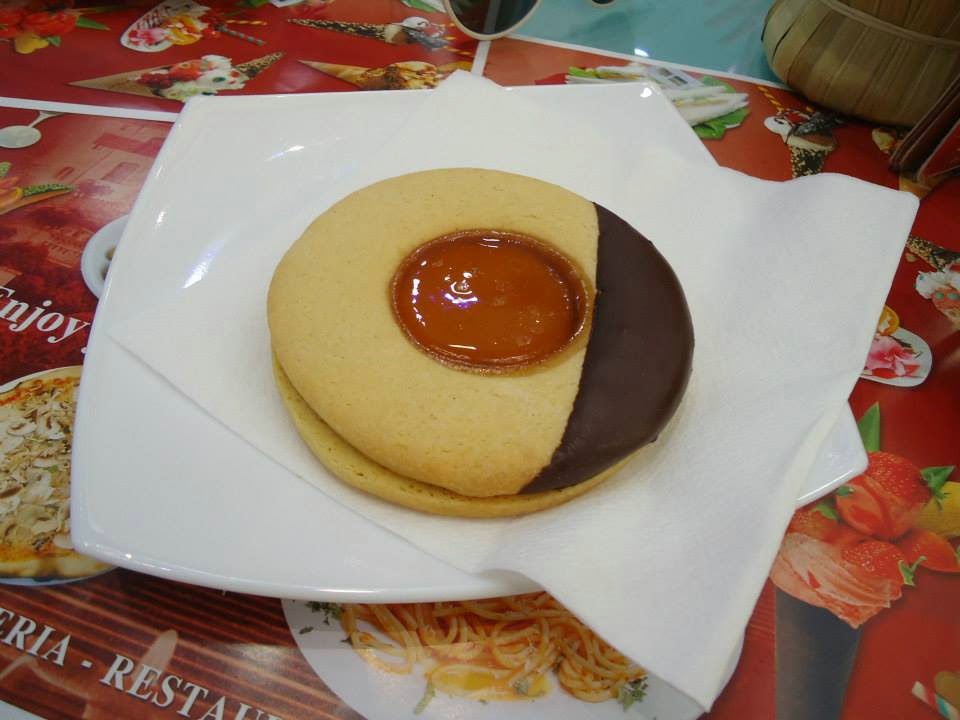 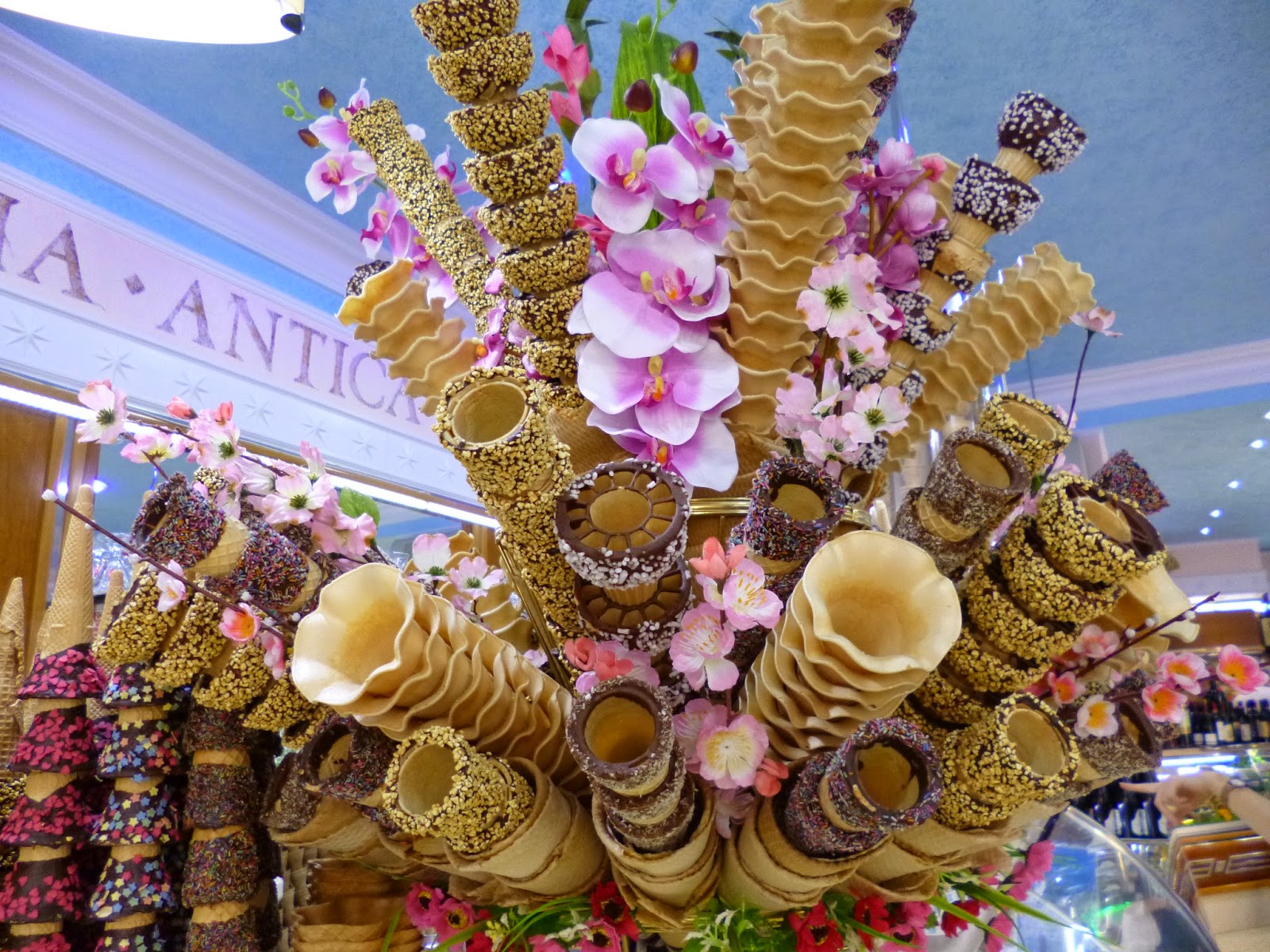 We were so hungry by lunchtime having been up since 4am for our flight! I always find that some European countries don’t understand the concept of just a plain sandwich for lunch, so the next best thing was a sweet Italian biscuit. Rome really is a rip of city, you have to be so wary about places that do not have signs up with prices. On our last day we ate in a similar place where 2 cups of tea and 2 biscuits cost 30 euros!!! I have heard much worse stories than this including an American couple who were charged 70 euros for just 2 ice creams. Rome is a wonderful place but you have to be so careful when it comes to being ripped off, if a place doesn’t have a price list go somewhere else, unless you’re rich of course! 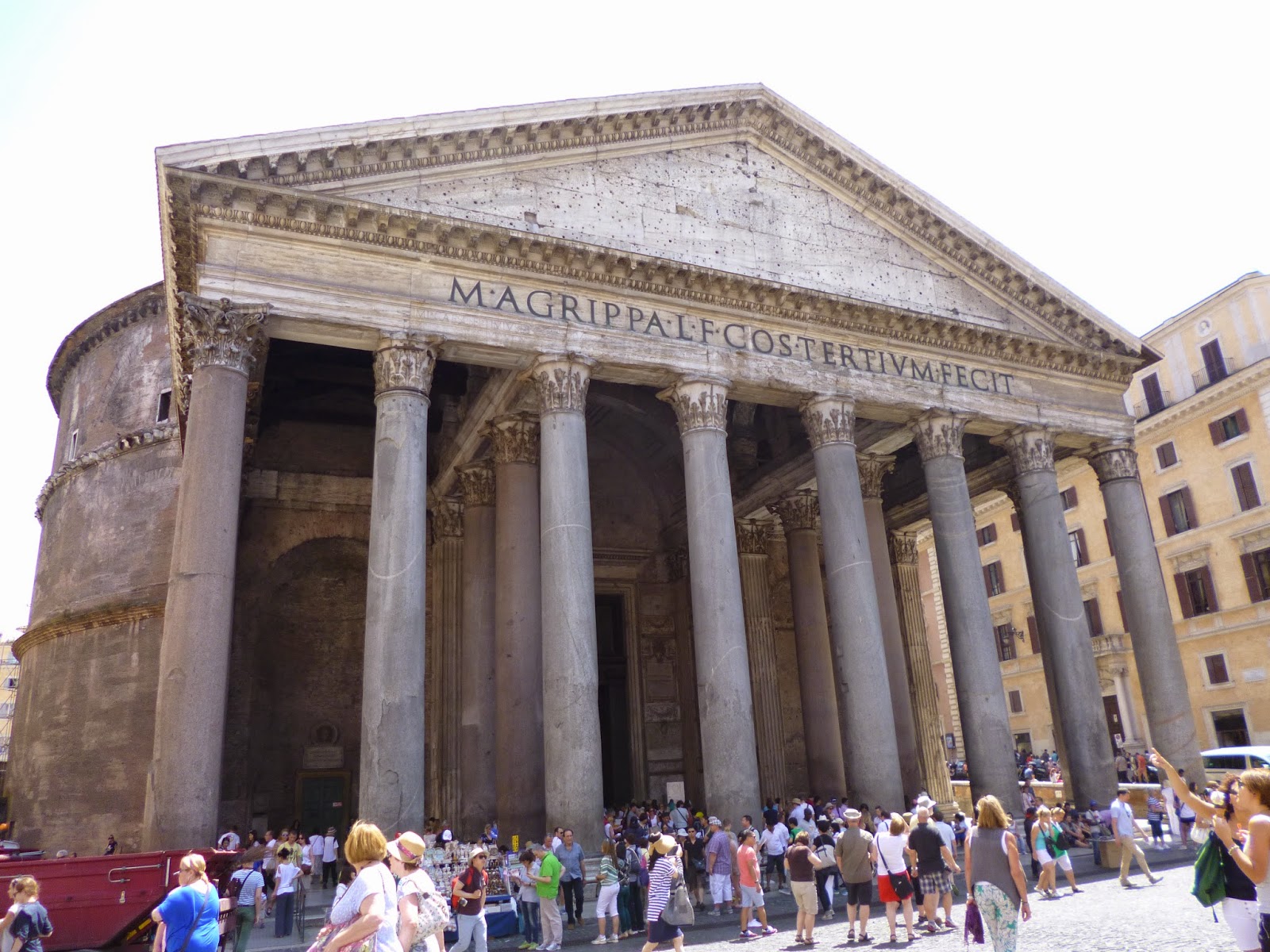 Some of Romes fantastic architecture 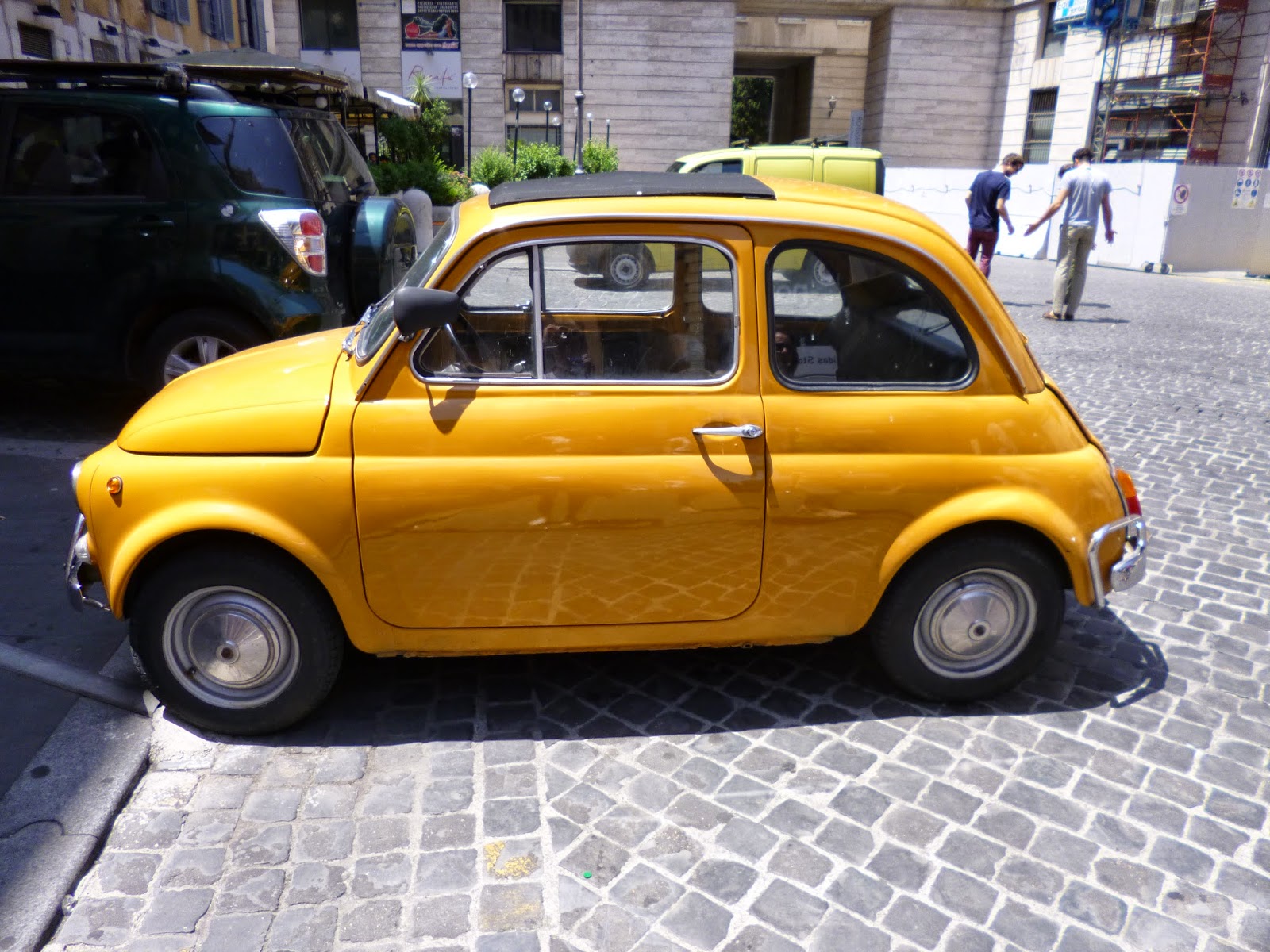 SO many cute classic cars in Italy, I believe this is the original fiat 500, the newly released mint one is my dream car! 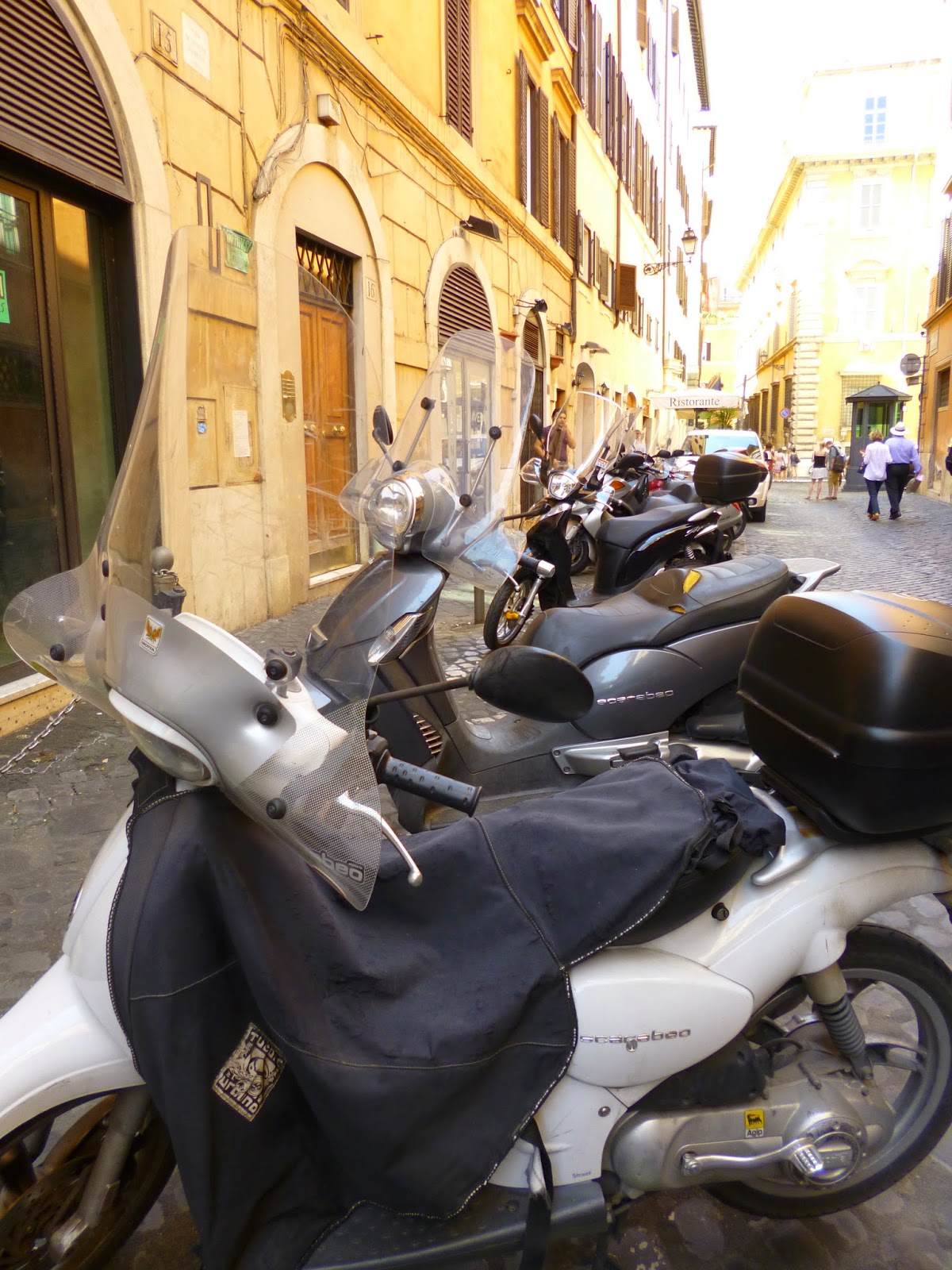 You won’t find one street which isn’t lined with Italian Vespers.. 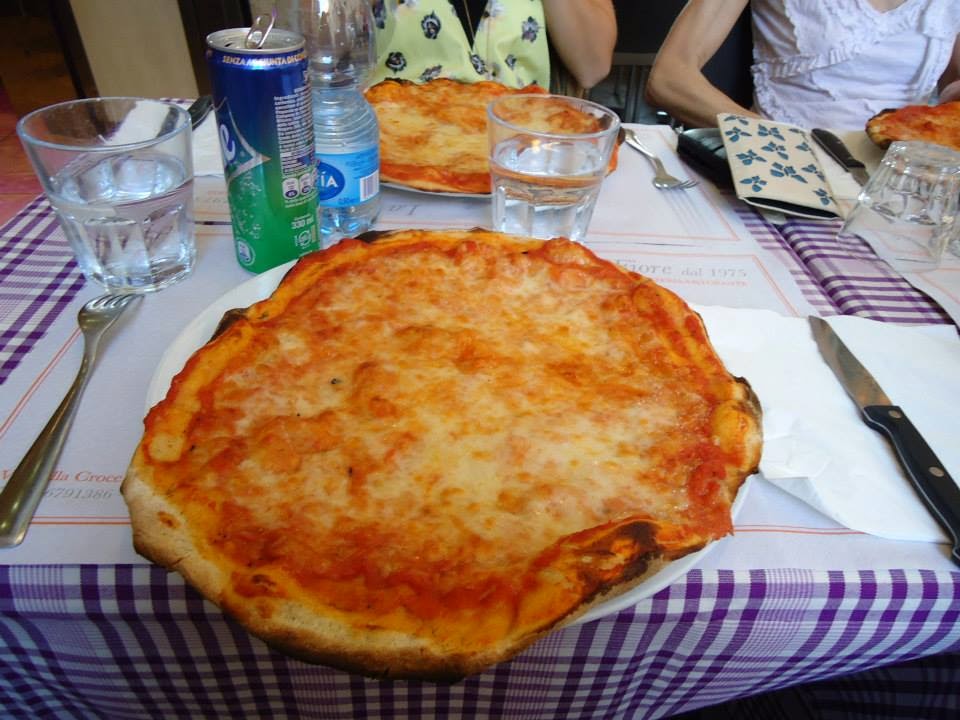 When in Rome do cliche things and eat pizza! You are spoilt for choice when it comes to eating out as there are so many side streets with restaurants and cafes. 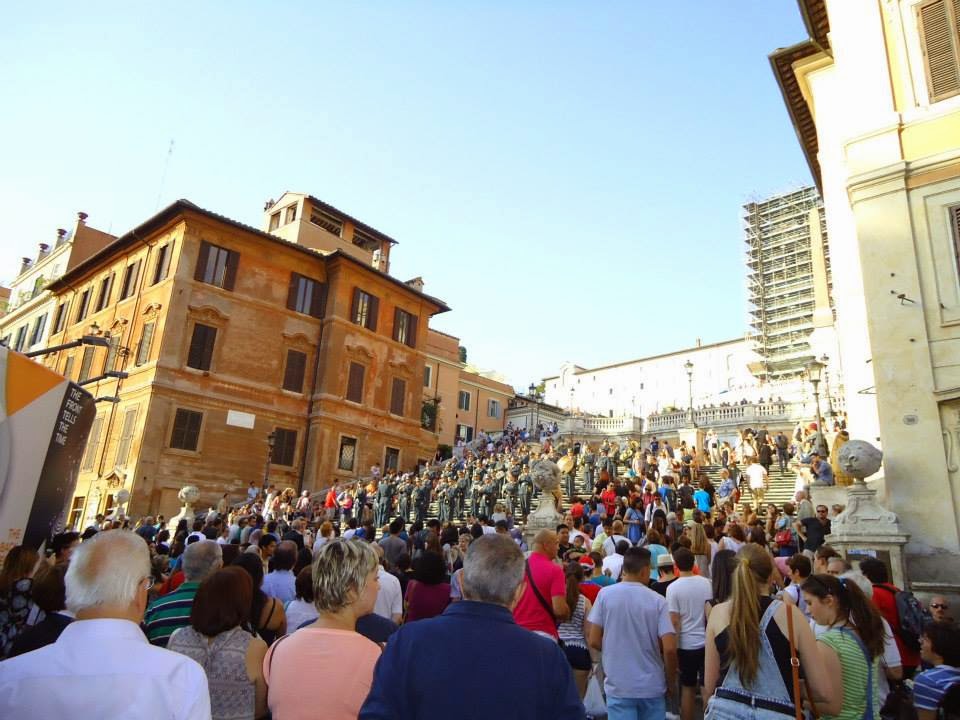 After our meal we headed to the Spanish steps where some kind of ceremony was going on, we then headed back to the hotel for a good sleep before boarding the cruise, sight seeing all day is completely exhausting! 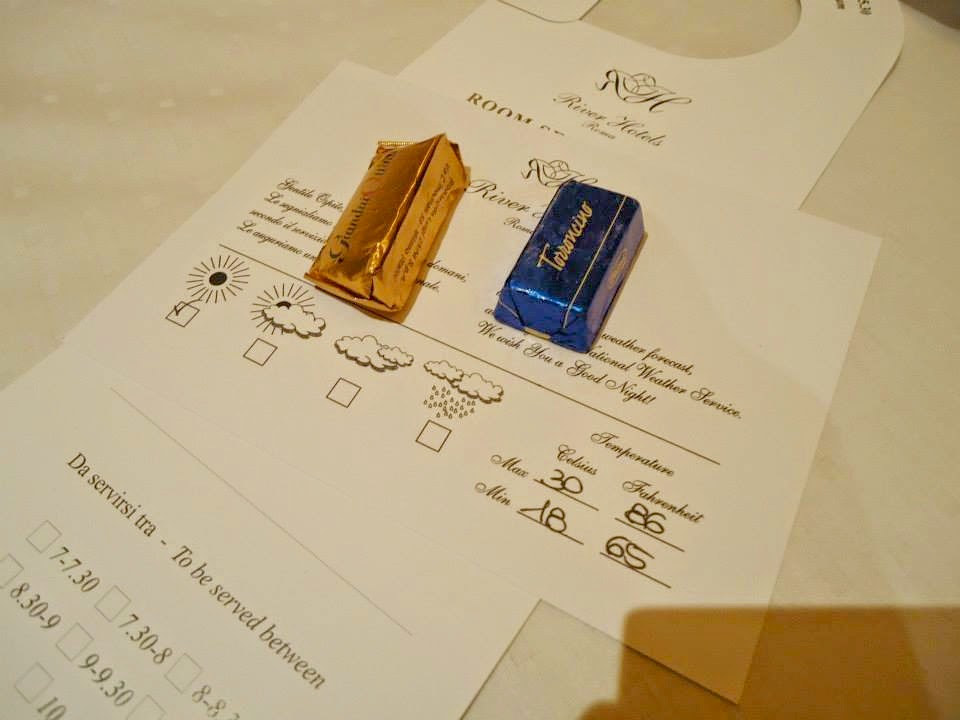 As mentioned before we headed back to our room to find the cutest Italian chocolates, i wish i got this service at home every night! So that was the end of our first day in Rome, I’ll now move on to what we got up to after the cruise in Rome.. 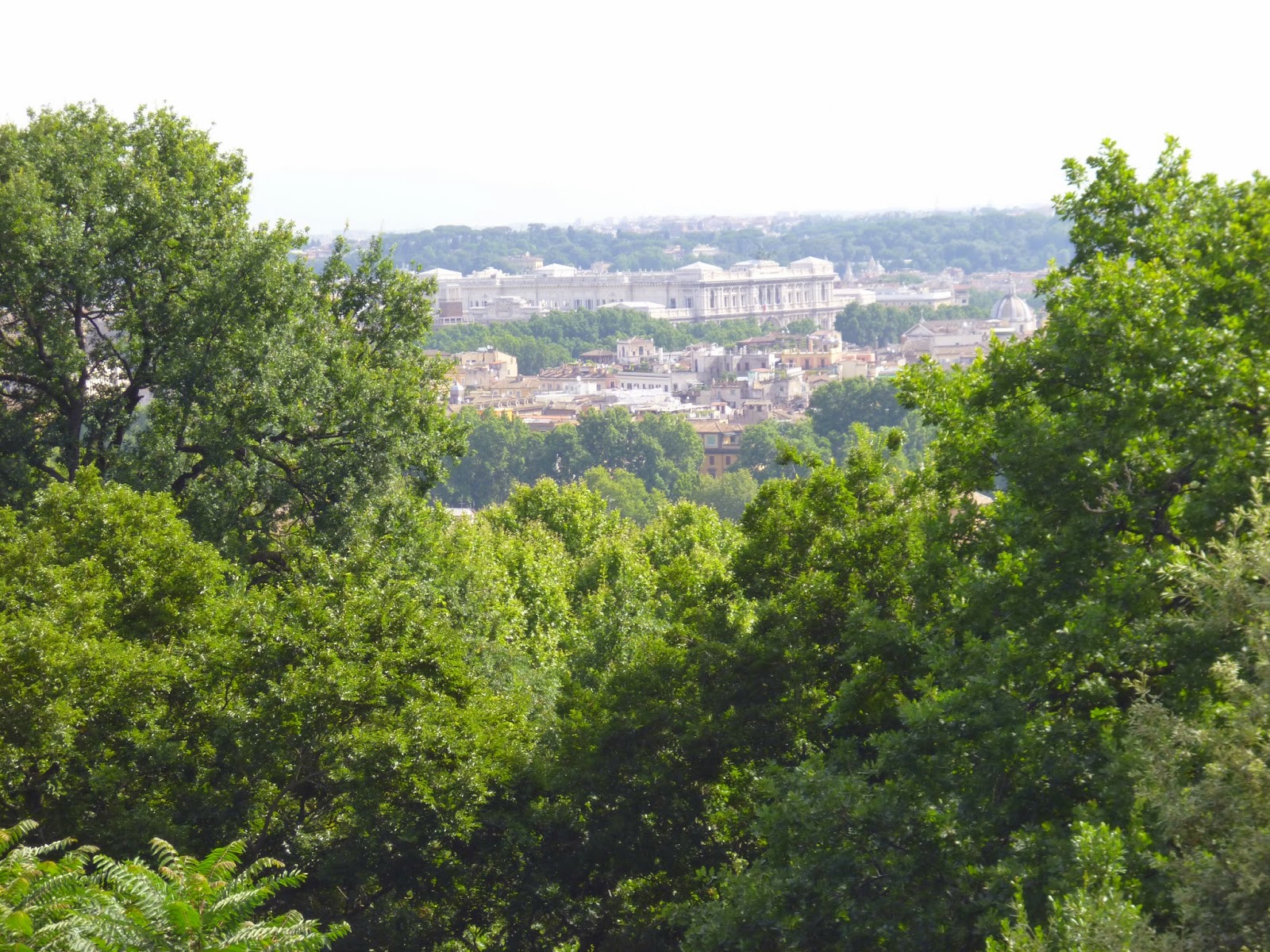 We began the tour in the mini bus by climbing right to the top of Rome which lended to us the most fantastic view over looking Rome, this picture really does not do it justice! 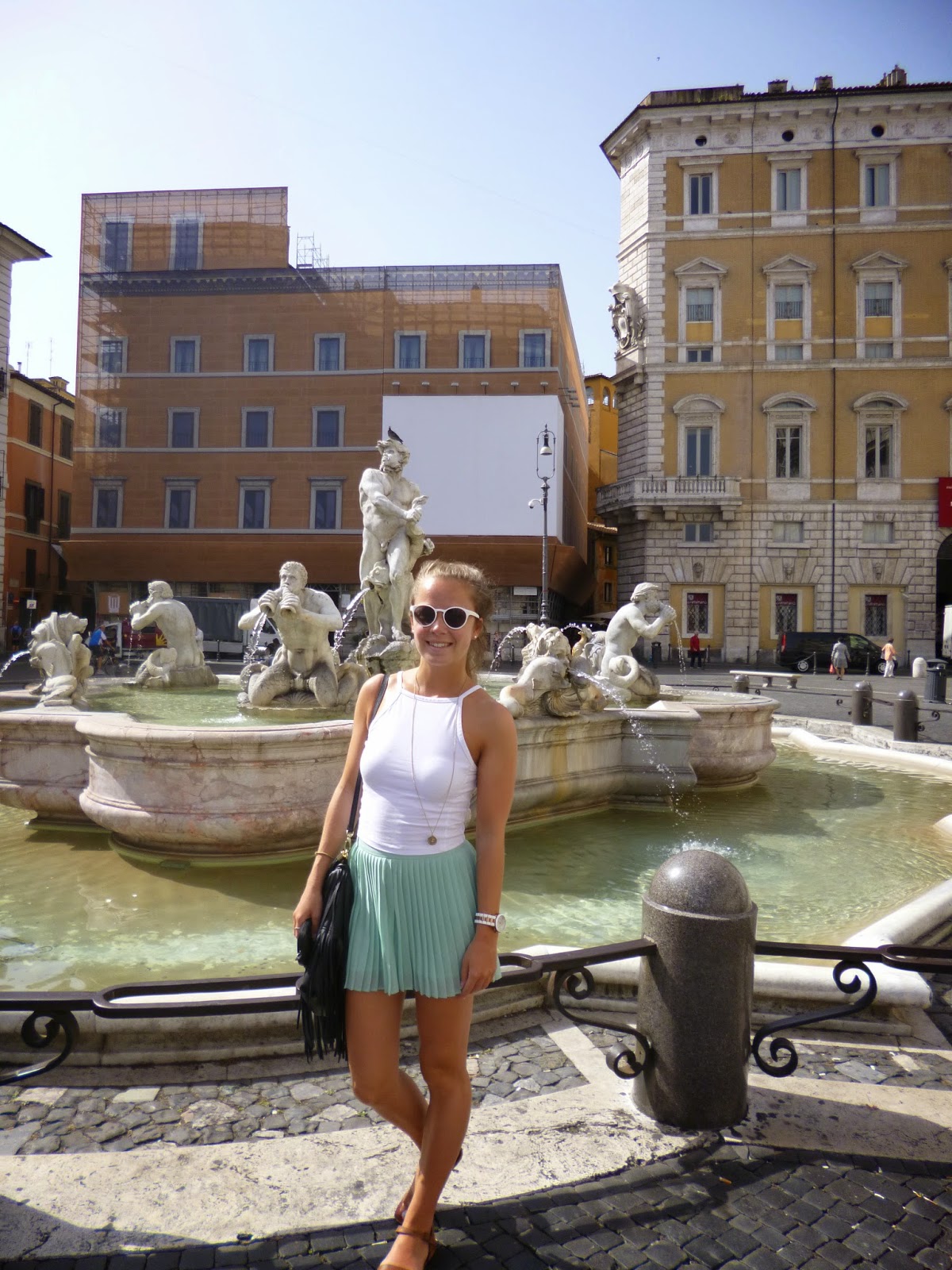 It cant be a blog post without some kind of outfit picture right?! I love this outfit so much its just so simple to wear, the shorts are Topshop and the crop top is Miss Selfridge! 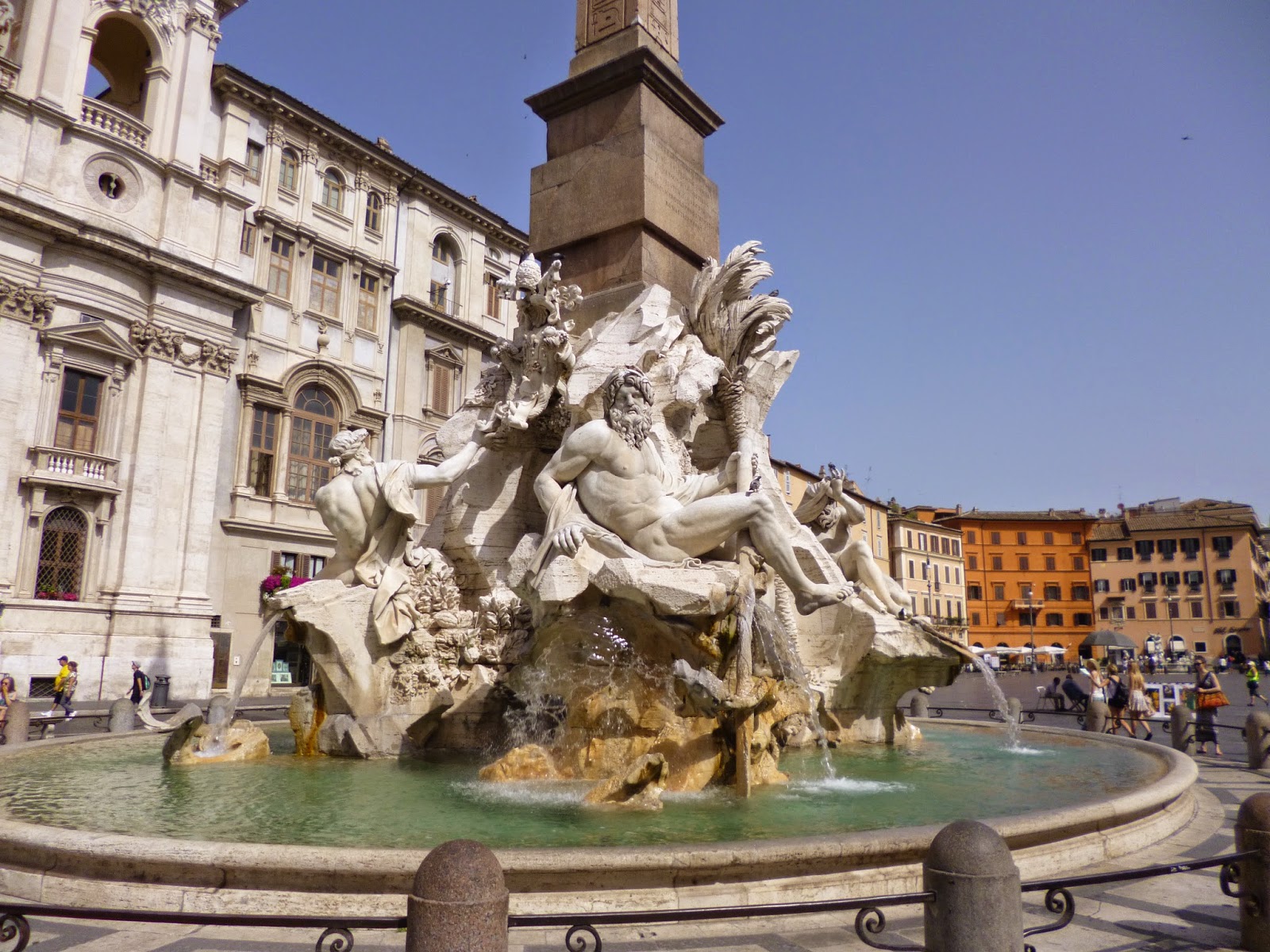 Beautiful Roman fountains, sorry I cant remember the exact name of the location. Everything seemed to roll into one as it was such a long and hot day! 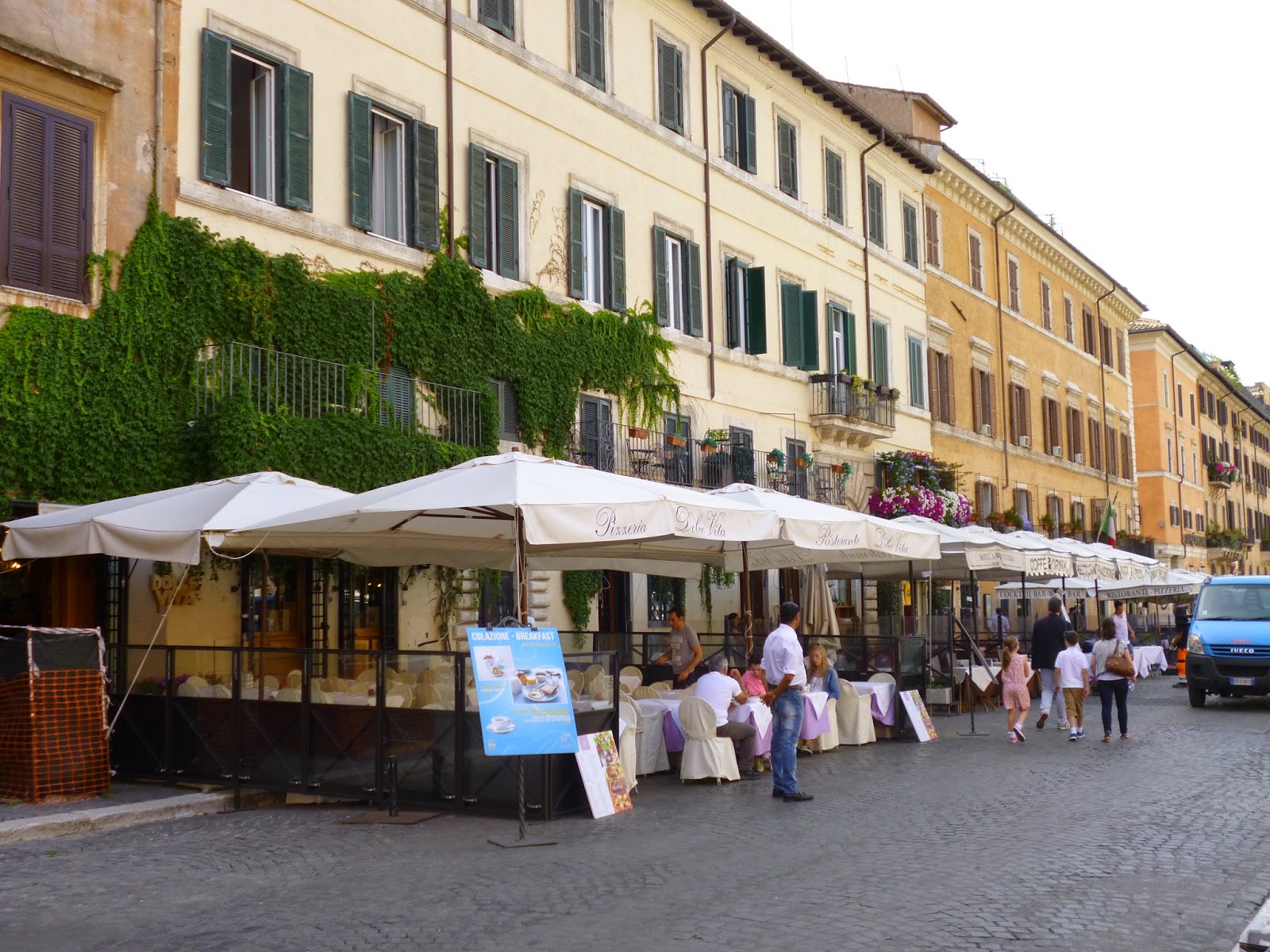 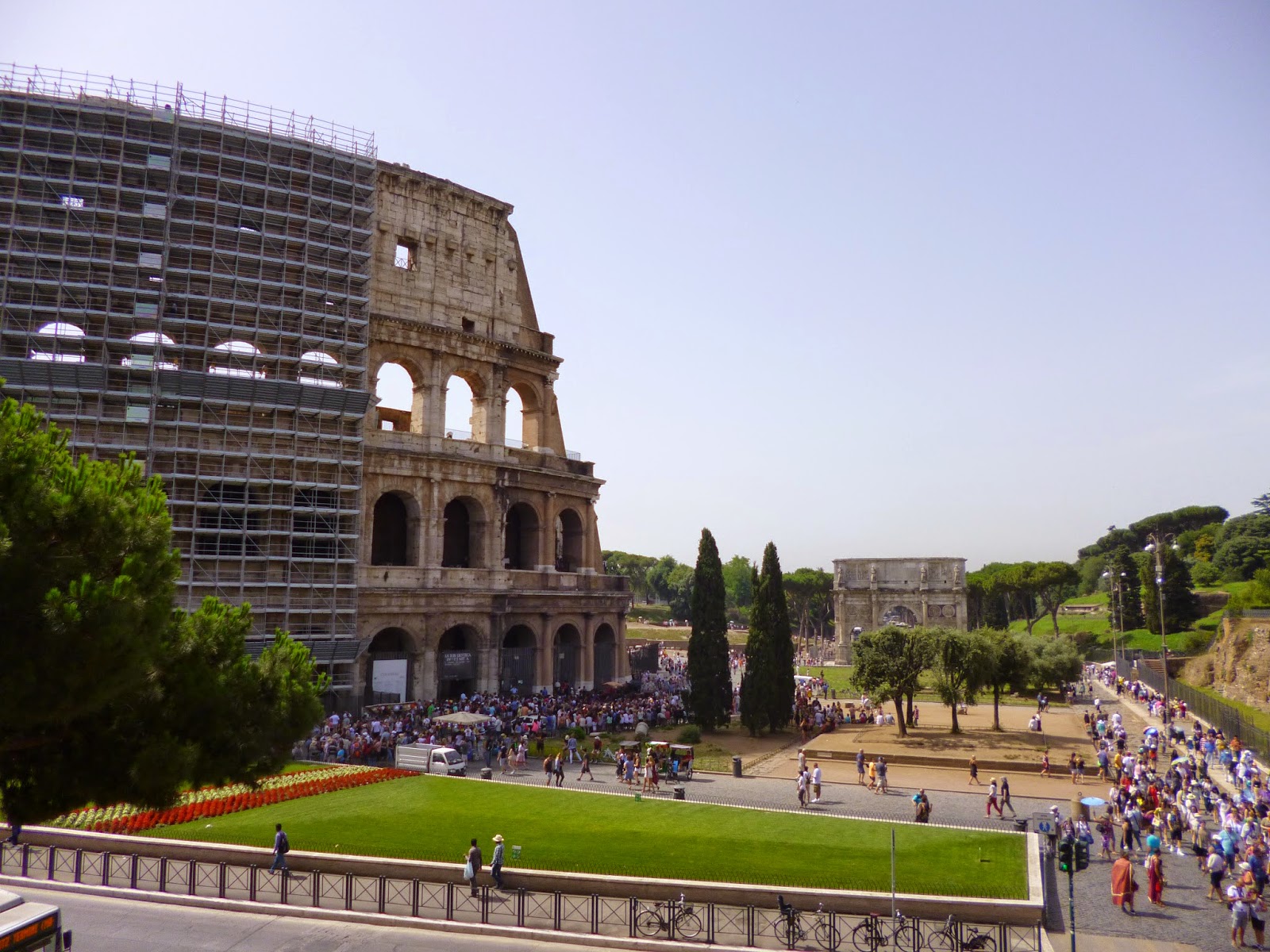 It can’t be a trip to Rome without visiting the Colosseum! It really was something i really wanted to see on my trip and it really is spectacular in person, we didn’t pay to go inside to look as the queues were huge and we only had so much time in the place! 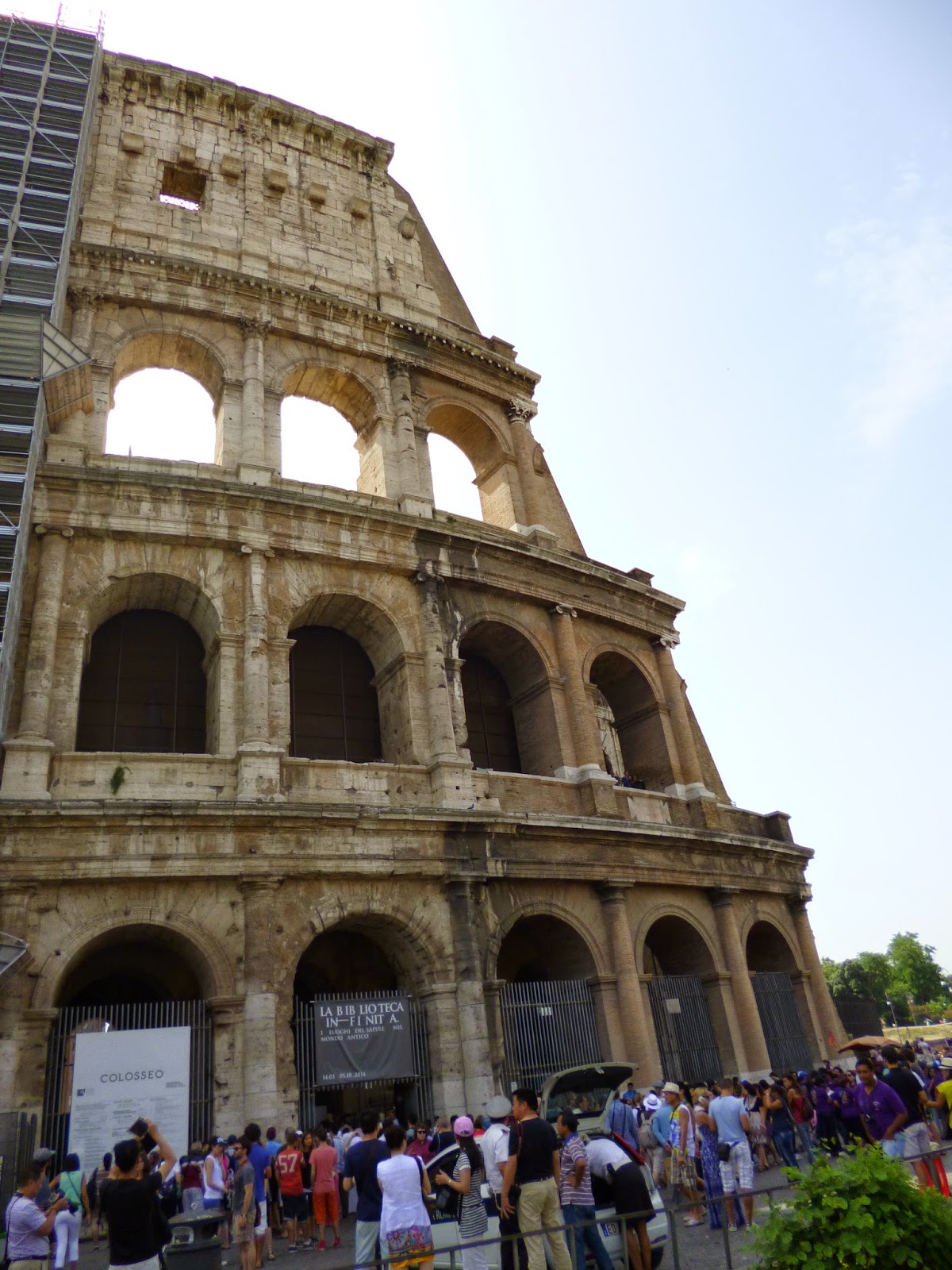 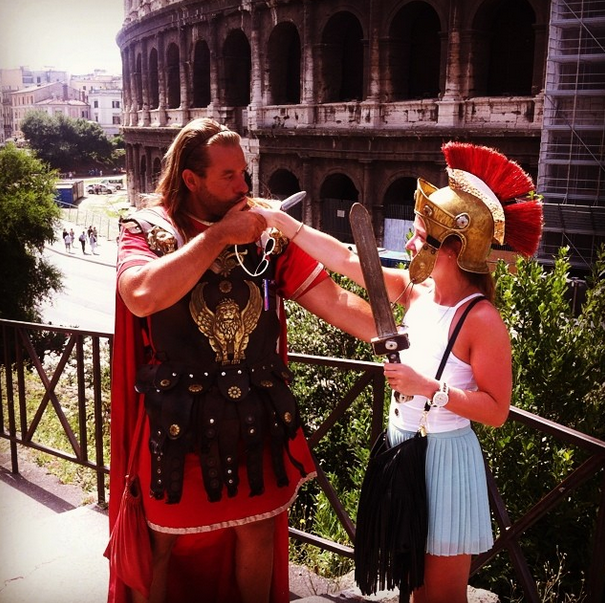 Okay so i was ripped off again.. I saw some ‘Roman gladiators’ and tried to snap them in the background without them noticing.. They quickly advanced on me and performed all types of flattery and without me knowing they’d taken my phone and taken loads of pictures and then demanded 10 euros!! 10 euros for some badly taken photos and i didnt even look that good gahh! Lesson learnt i guess and i’m safe in knowing that i cant be the only one, right?! 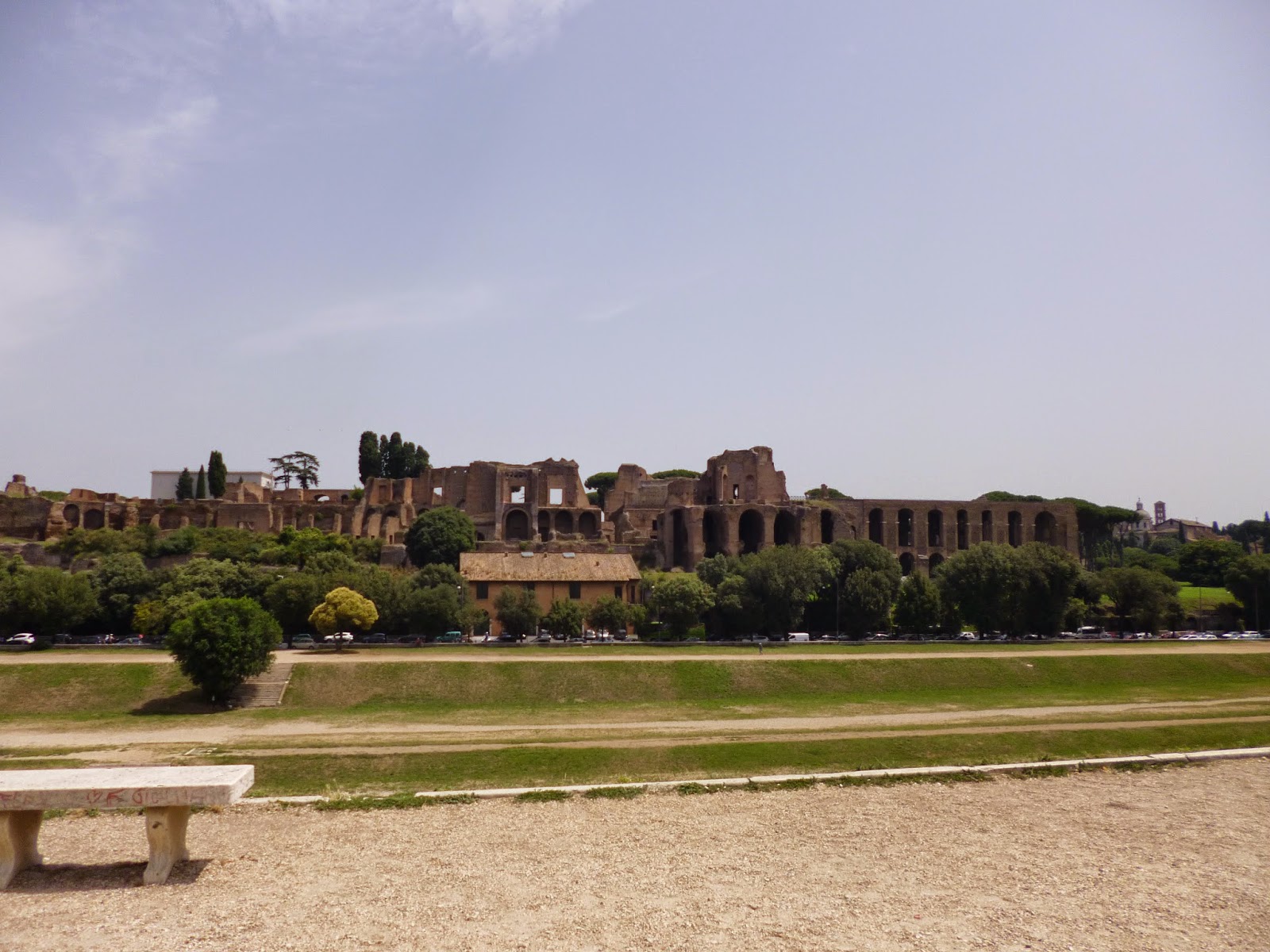 We then had a quick stop at Circo Massimo which is an ancient Roman chariot racing stadium, a lot of concerts are held here including the rolling stones only a couple of weeks previous to our visit! 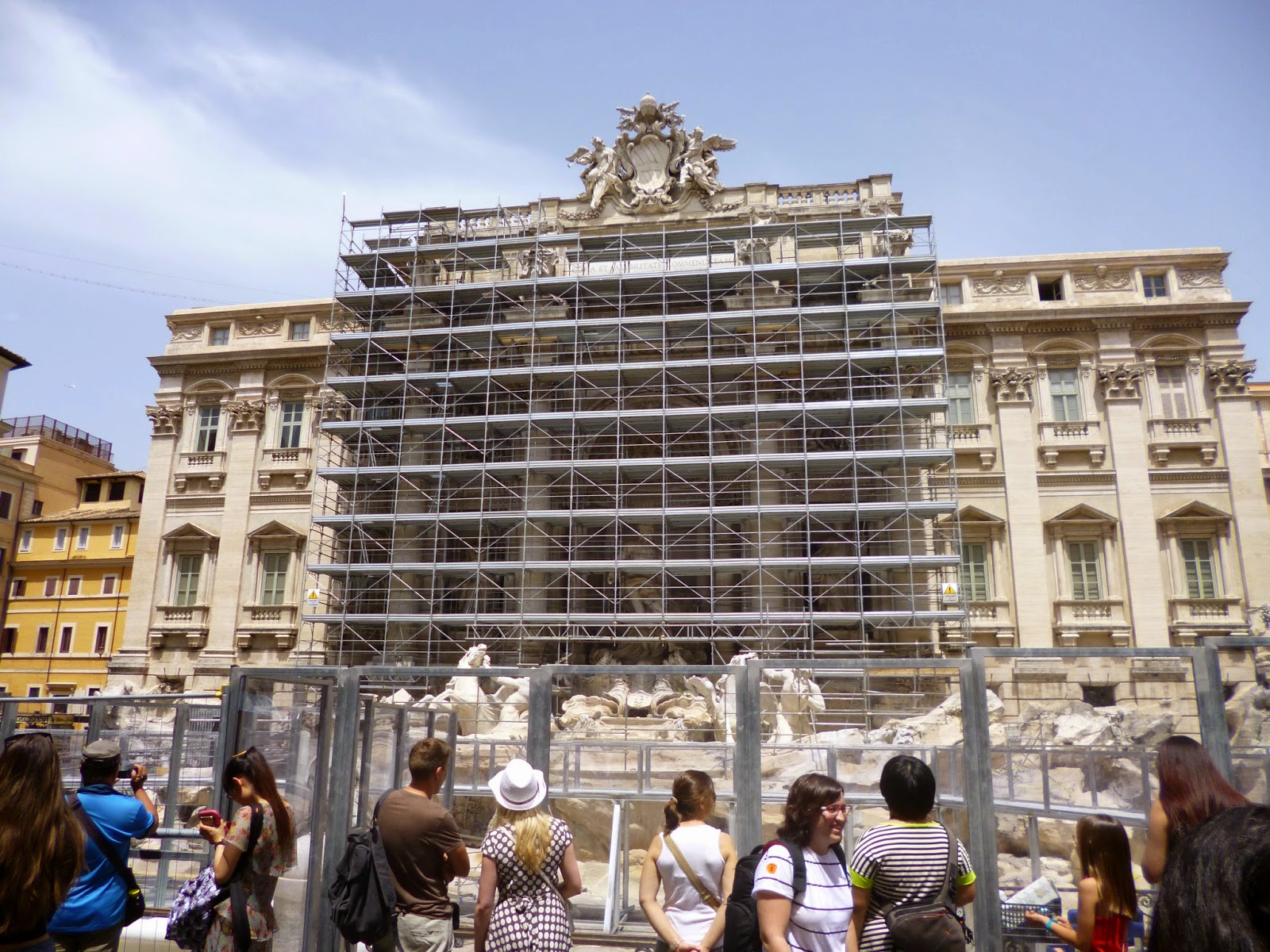 One of the sights i was most looking forward to was the Trevi fountain, i was so sad when i saw that it was closed due to cleaning, because of this you cant really see the whole beauty of the fountain. 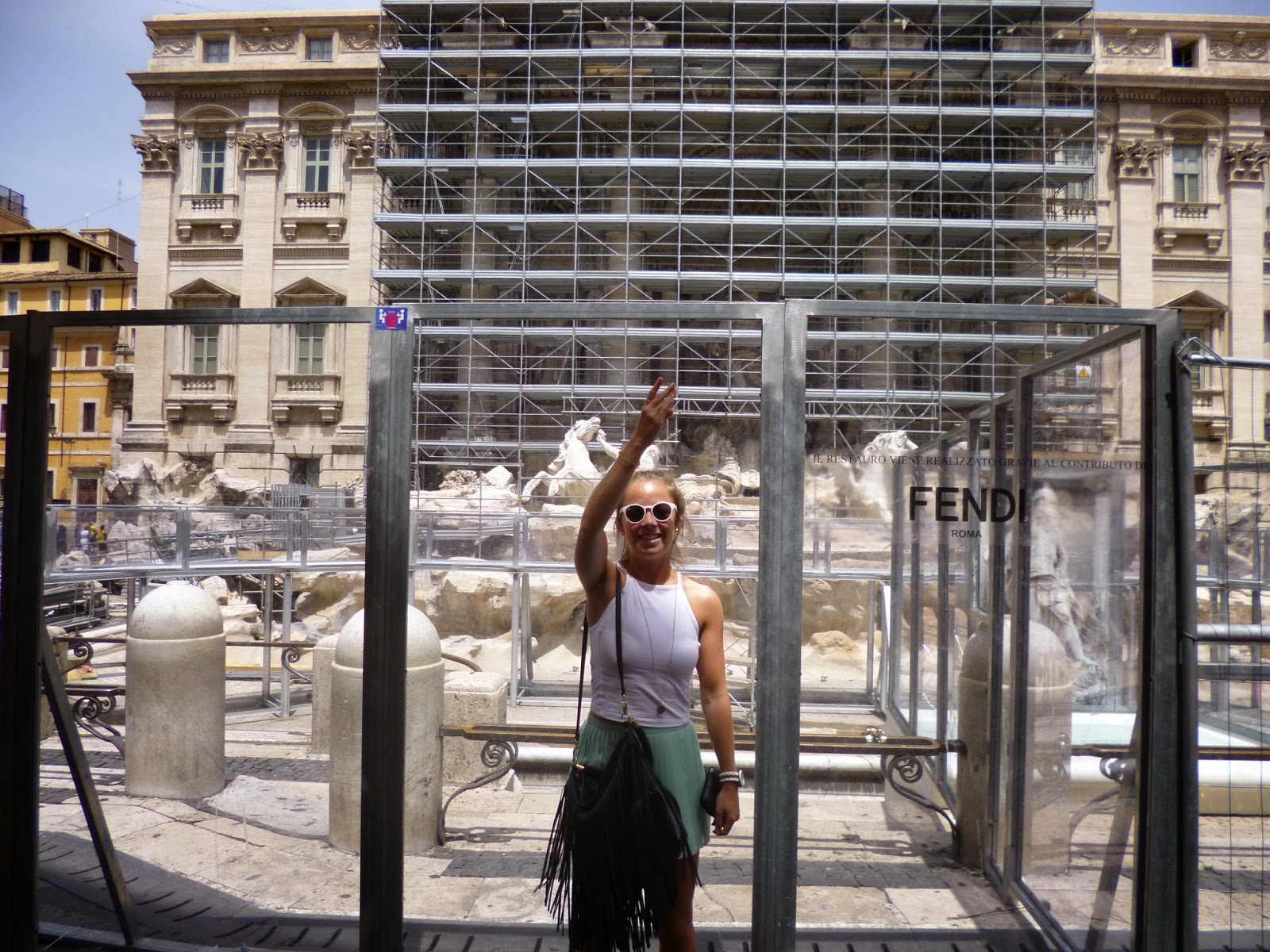 Neverthless, in true fashion i still made a wish with a coin, i hope it comes true! 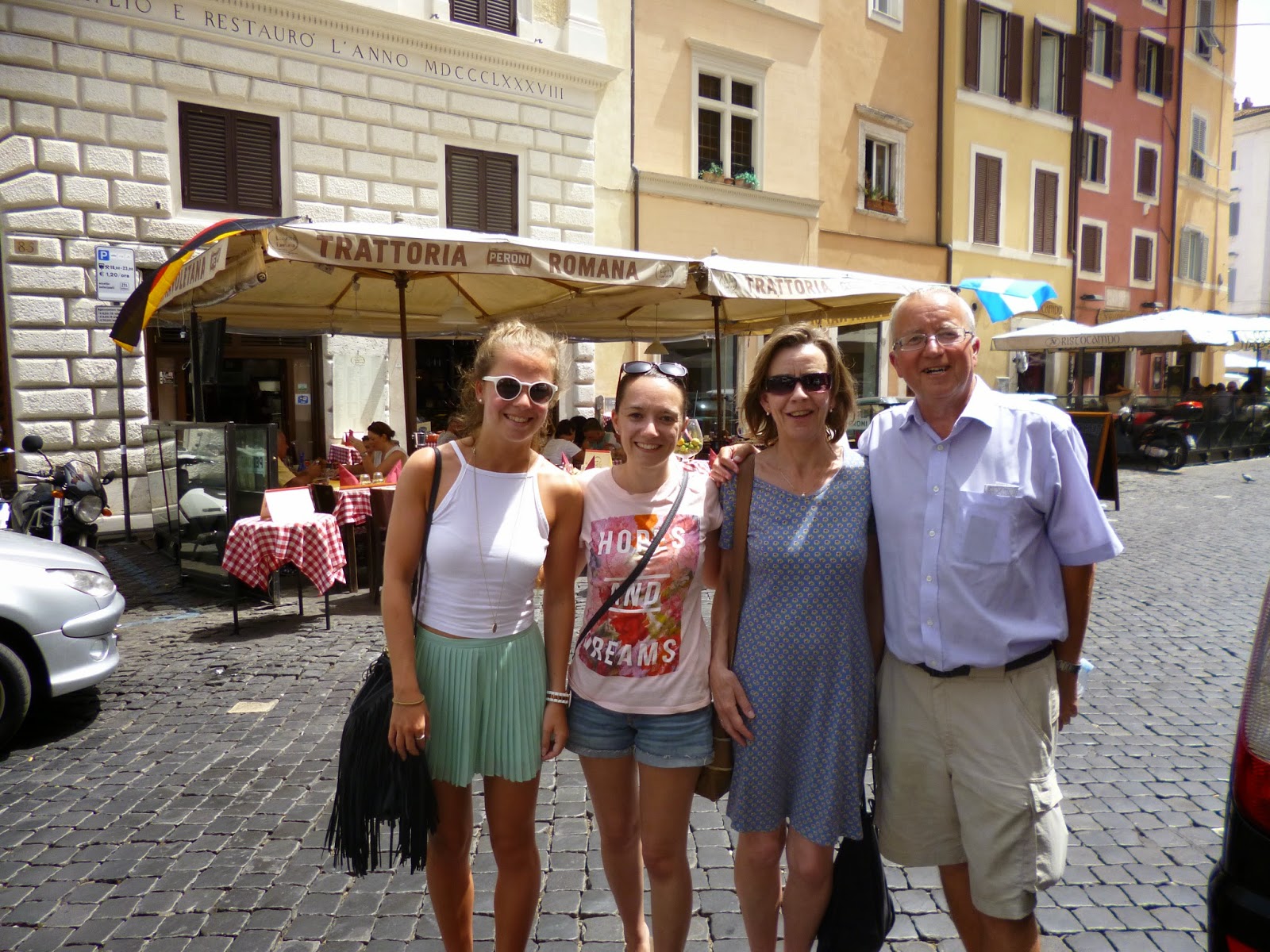 Before we departed we managed to get one last picture of all of us together as a family,a truly great holiday! 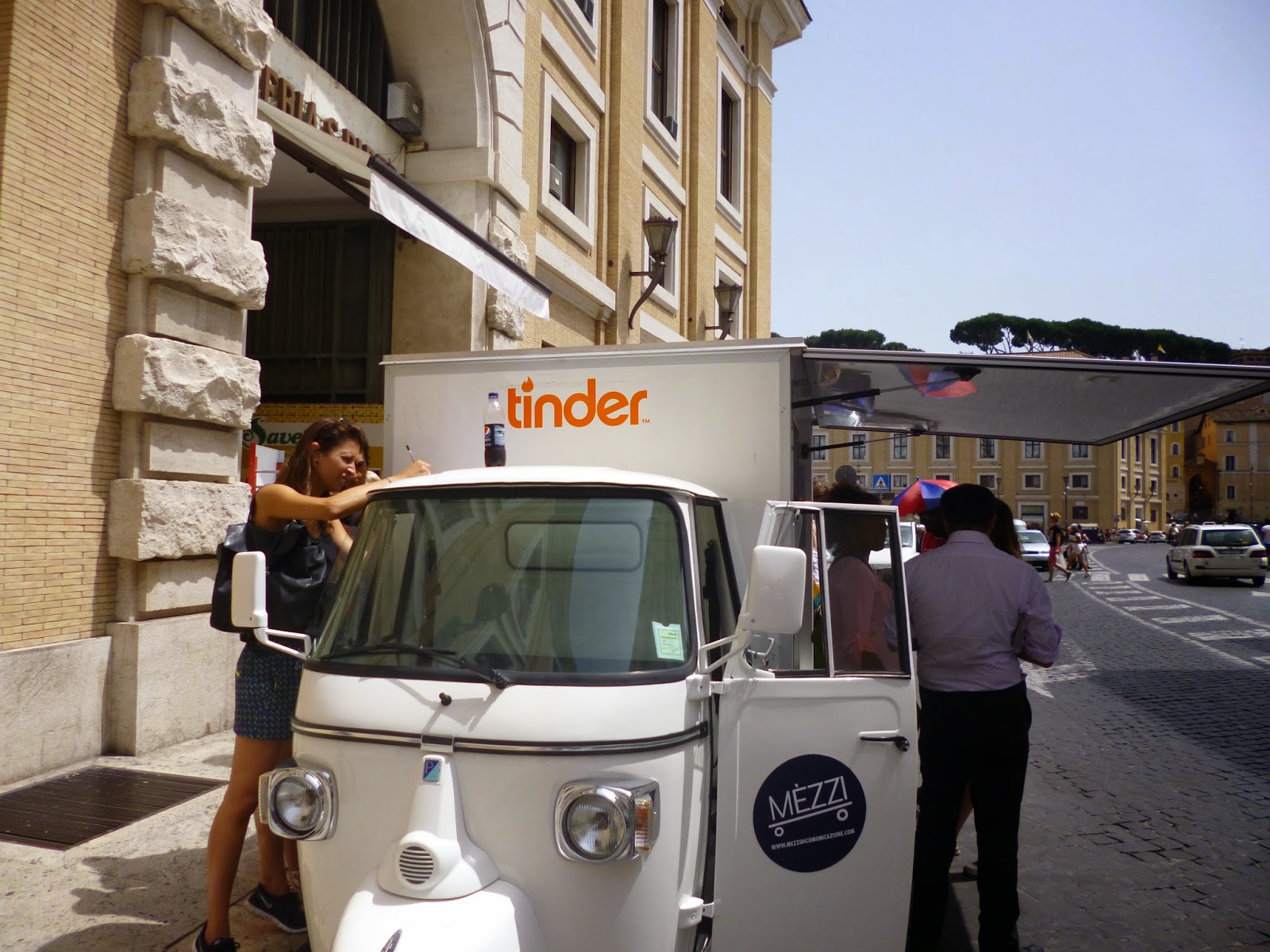 I thought i would end it with a picture i found highly amusing. I couldn’t believe it when i spotted this little Tinder van in the streets of Rome haha!


I really would recommend anyone to take a trip to Italy, just be aware of rip off Rome and have your wits about you. Apart from that it is such a beautiful and stylish city which i’m so glad i had the chance to visit!

I hope you enjoyed my second travel post from the cruise! Have you visited Rome before? What do you think of Rome? Would you like to travel Italy?