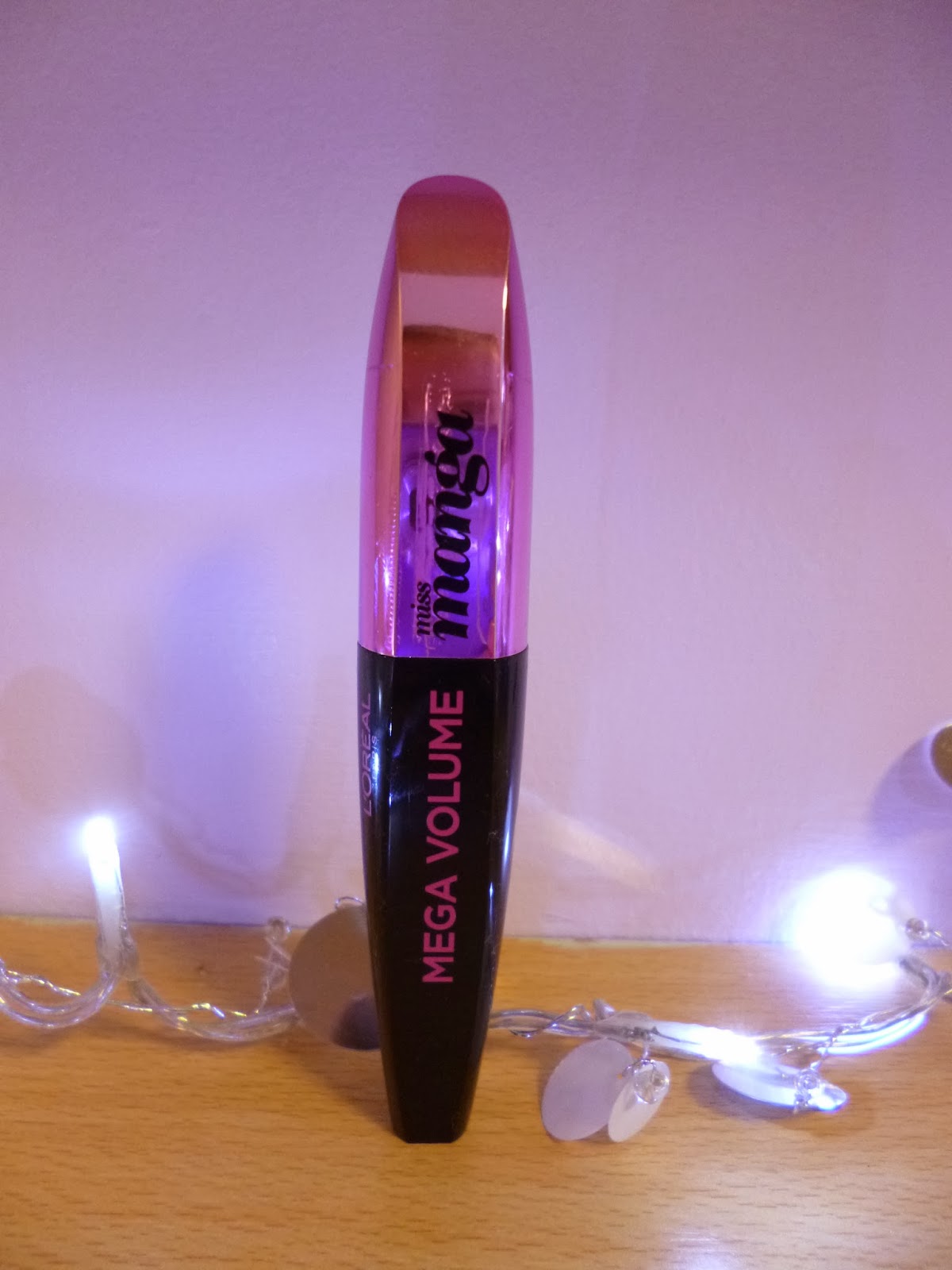 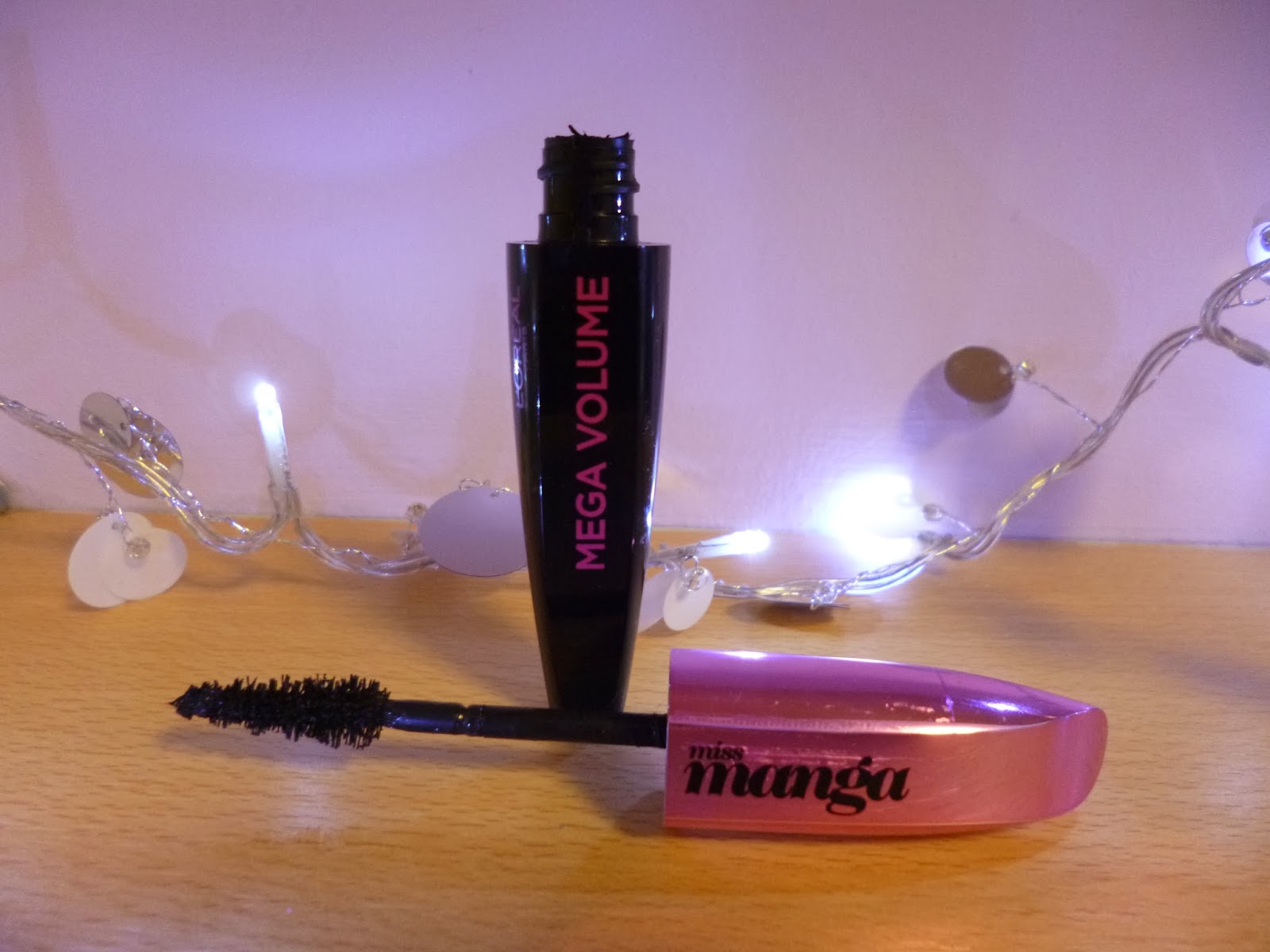 I’m not usually a person who finds a perfect mascara and settles down to using the same one again and again. I love trying out new releases and seeing how different one mascara can be to another as technically they all do the same thing, although they claim to do extra things such as extra volume and extended lashes.. My high end favourite has to be Benefit They’re real but i am yet to find a good drugstore version until this one! I had a £1 off voucher for cosmetics in Boots which isn’t much but every little helps when you’re a student so i decided to pick up the Loreal Paris Mega Volume Miss Manga that i have seen reviewed widely across the blogging sphere recently.

I love the packaging that it comes in, the contrast between the black and pink side is perfect and its really simplistic. I purchased this at the cost of £8.99 from Boots in the colour black, but it can also be bought in violet and turqouise if you’re feeling adventurous, I’ve personally never been able to pull off a coloured mascara!

Onto the product itself, the wand is fairly standard so nothing new there, the wand is so soft to brush onto your eyelashes, some mascaras i have used have hard wands which pull against your lashes so the softer bristles is a thumbs up from me! The wand perfectly covers all of my lashes and the smaller end is great at covering the inner and outer lashes which are sometimes hard to reach areas. I am so impressed with the end result (which you can see above) and i think it makes my lashes look much longer, and most importantly the lashes don’t look clumpy or like spider webs! This has definitely become my new firm favourite at the cheaper end of the spectrum and i actually prefer it to Maybelline falsies which i have repurchased before!

What do you think of the result? Have you tried this mascara before? Whats your favourite drugstore mascara?

You may also enjoy:

I'm Nicole, a millennial marketer. Mostly known for my previous rapunzel length hair and my penchant for pink. I hope you enjoy reading.
Head to my about page to find out more about me and what you'll find here.